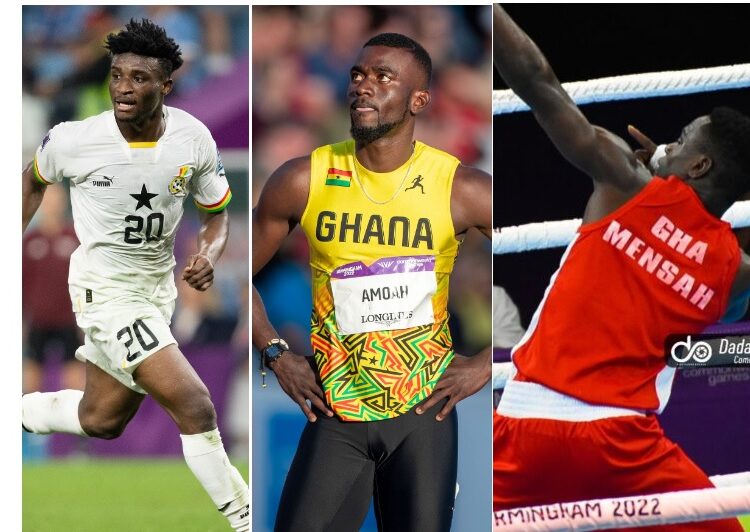 Joseph Paul Amoah, Mohammed Kudus and Abraham Mensah will vie for the Personality of the Year award at the 47th MTN Sports Writers’ Association of Ghana (SWAG) Awards slated for January 28, 2022, in Accra.

Ajax Star Kudus had a breakthrough campaign with his club and national team in the period after review – winning the Eredivisie with his club side but perhaps his most significant moment came in the 2022 FIFA World Cup match against South Korea, where he scored 2 goals, cementing a 3–2 win over the opposing team.

Also in with a chance is teenage amateur boxer Mensah who won a silver medal in the Bantamweight division at the 2022 Commonwealth Games. The 19-year-old was the second Ghanaian to win a silver medal at the Birmingham games.

SWAG General Secretary Charles Osei Asibey, in a statement, said, “the shortlisted nominees went through a sturdy ritual of a careful but rigorous process in the determination of top performers for honours”.

About 40 sportsmen and women together with Sports Administrators and institutions in 29 categories will be rewarded for excellence in the year under review.

SWAG will also announce and decorate the Sports Journalist of the Year winner and SWAG President’s Awards respectively on the night.

The 47th MTN SWAG Awards will be held at the Accra International Conference Centre on January 28.

See the full list of nominees of the 2022 SWAG Awards nominees below:

Personality of the Year

Armwrestler of the Year

Athlete of the Year, Female

Athlete of the Year, Male

Badminton Player of the Year

Boxer of the Year, Amateur

Chess Player of the Year

Club of the Year

Coach of the Year

Cricketer of the Year

Cyclist of the Year

Discovery of the Year

Footballer of the Year (Male)

Footballer of the Year (Female)

Footballer of the Player (Home Based)

Hockey Player of the Year (Female)

Para-Athlete of the Year

Professional Golfer of the Year

Tennis Player of the Year

Volleyball Player of the Year

Swimmer of the Year

SWAG Journalist of the Year