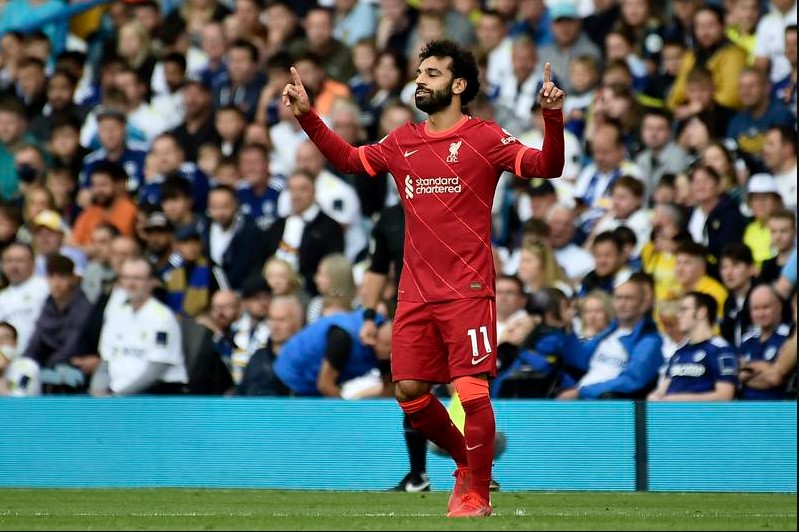 Mohamed Salah has caught the Premier League alight since his return in 2017, establishing himself as one of the most prolific goalscorers in world football.

Rarely given a chance to impress by Chelsea during his first spell in the English top flight, Salah quickly justified Liverpool’s decision to make him their most expensive player four years ago with 32 league goals in his first campaign.

That electric debut season was followed by 22 goals in 2018/19 and 19 goals in 2019/20 to help Liverpool win their first Premier League title and first top-flight title in 30 years. Last season may have been a disappointment for the club considering their recent success, but Salah still struck another 22 league goals.

Salah has started the current campaign in promising form with three goals in his first four appearances, and his most recent strike – the opener in the 3-0 win over Leeds United on Sunday – has seen the Egyptian forward gain access to the Premier League’s exclusive 100-goals club. However, his achievement was overshadowed by the horrible injury suffered by Liverpool teammate Harvey Elliott.

The gallery above features every player to score 100 Premier League goals. To move on to the next photo, click on the arrows or if using a mobile device, simply swipe.