One week to go: All set for Ghana Premier League 2021/22 kickoff after meeting with club CEOs 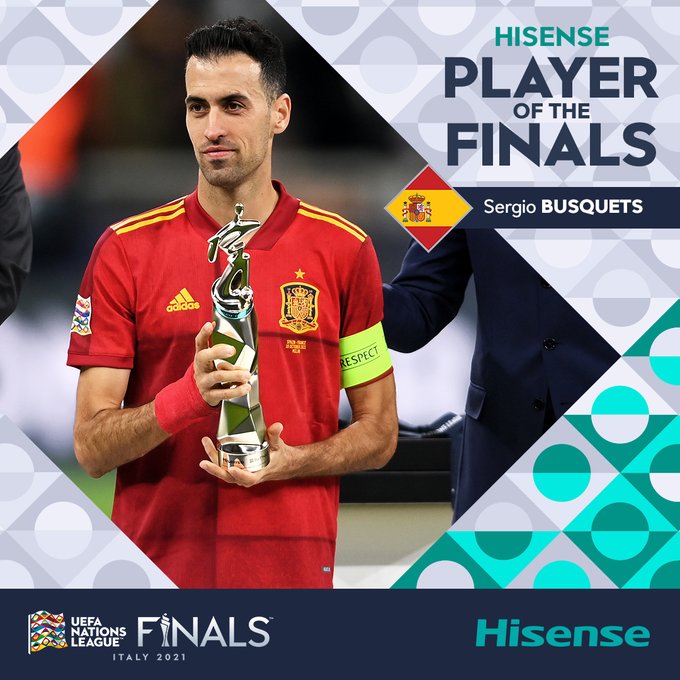 Barcelona captain Sergio Busquets has been named the UEFA Nations League Player of the Finals after Sunday’s final in Italy.

The midfielder was part of the Spain side that lost 2-1 to champions France but there was some consolation for the 33-year-old who went home with the trophy for the best player.

Busquets played 90 minutes in both of Spain’s matches against Italy and France, picking up an assist in the final and ending the two games with a passing accuracy of 94%.

The skipper hasn’t enjoyed the best start to the season with Barcelona but has offered a reminder of his talents during the international break with Spain.

Busquets set up Mikel Oyarzabal for the opening goal in the final against France before Les Bleus hit back with goals from Karim Benzema and Kylian Mbappe to sneak the win.

Spain coach Luis Enrique spoke about Busquets after the match and was proud to see him pick up the Player of the Finals award.

“We are obviously proud of Busi for winning the Player of the Tournament, even though we couldn’t win the trophy itself,” he said.

“We defended against one of the greatest front lines, perhaps the best in the world. It was difficult but we did really, really well. I just wish we could have given the fans, who were wonderful, something to really celebrate tonight.”

Meanwhile, Busquets was left baffled by the rule that allowed Mbappe’s winner to stand despite the Paris Saint-Germain striker being in an offside position.

Busquets and his Spain team-mates Sergi Roberto, Gavi, and Eric Garcia will now head back to Barcelona to start preparing another hectic run of fixtures with Valencia, Dynamo Kiev, and Real Madrid up next.