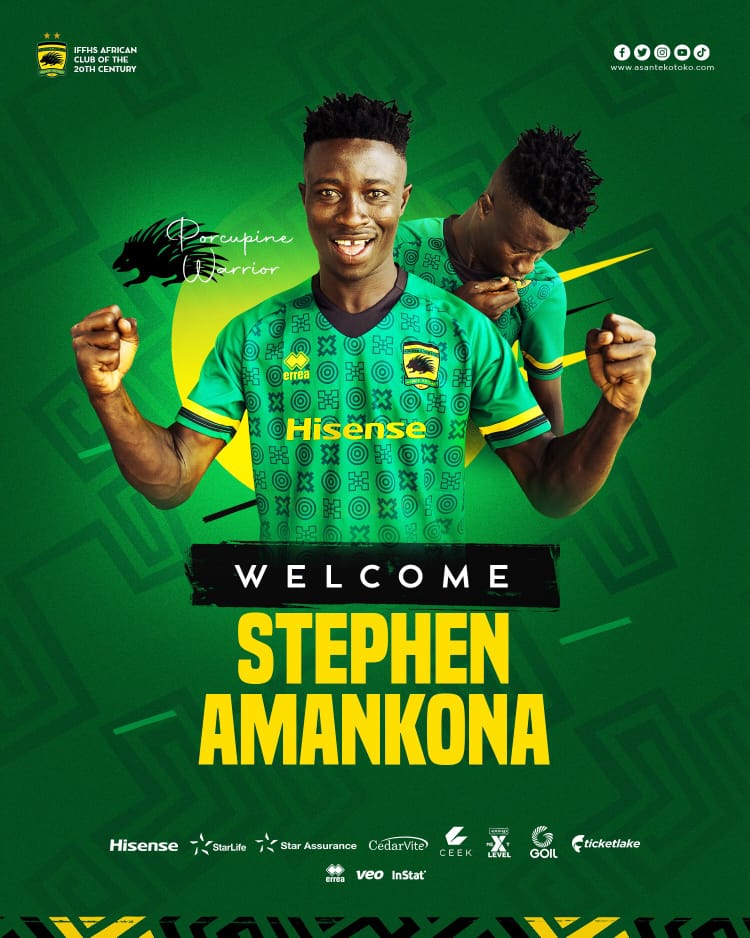 The Porcupine Warriors took to their official Twitter account to announce the capture of the fleet-footed attacker following various speculations hovering around the future of Amankona.

He is set to join his teammates in Dubai as coach Prosper Narteh Ogum puts his charges through their paces ahead of the 2021-2022 Ghana Premier League.

He also notched four times for the Bibiries in the MTN FA Cup competition, propelling them to the semi-finals before losing out to Obuasi-based outfit Ashgold.

Amankona was loaned out to Hungarian side MTK Budapest in 2019 but failed to sign on a permanent basis due to contractual disagreement between both clubs.

Meanwhile, Asante Kotoko, record holders of the Ghana Premier League will play Al Hilal United on Thursday as the team intensifies its preparations for the upcoming campaign.