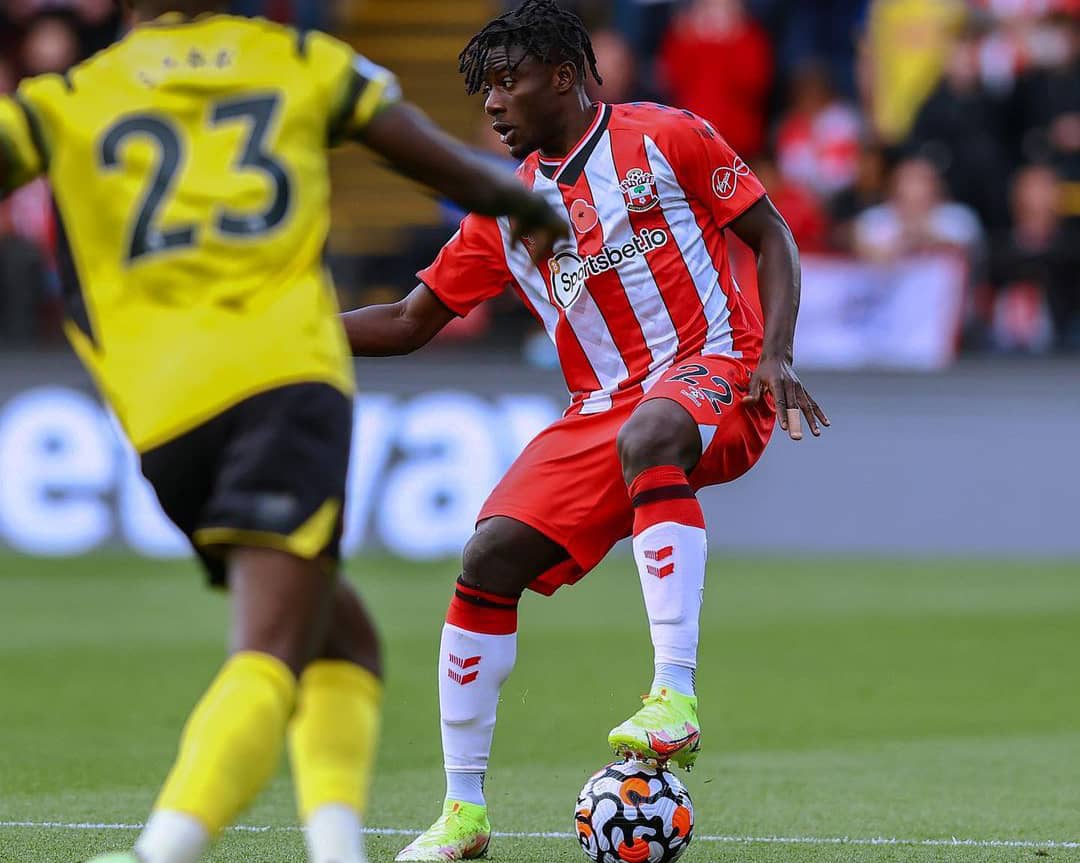 Ghanaian centre back, Mohammed Abdul Karim Salisu was once again at his best when Southampton travelled to the Vicarage road to beat Watford 1-0.

The 22-year-old was in his usual defensive element as he dazzled to the admiration of the home fans.

Scottish striker Ché Zach Adams scored in the 20th minute, which was the only goal of the wildly contested game.

Adams dazzled through the Watford defense as he intelligently turned to struck home into the net of Ben Foster.

Salisu played full throttle of the the game and had six clearances, ninety touches, three interceptions and four most tackles.

The former WAFA player has so far made twelve appearances for Southampton in the English Premier League.

Southampton has, however climbed up to the fourteenth position on the league log with eleven points.