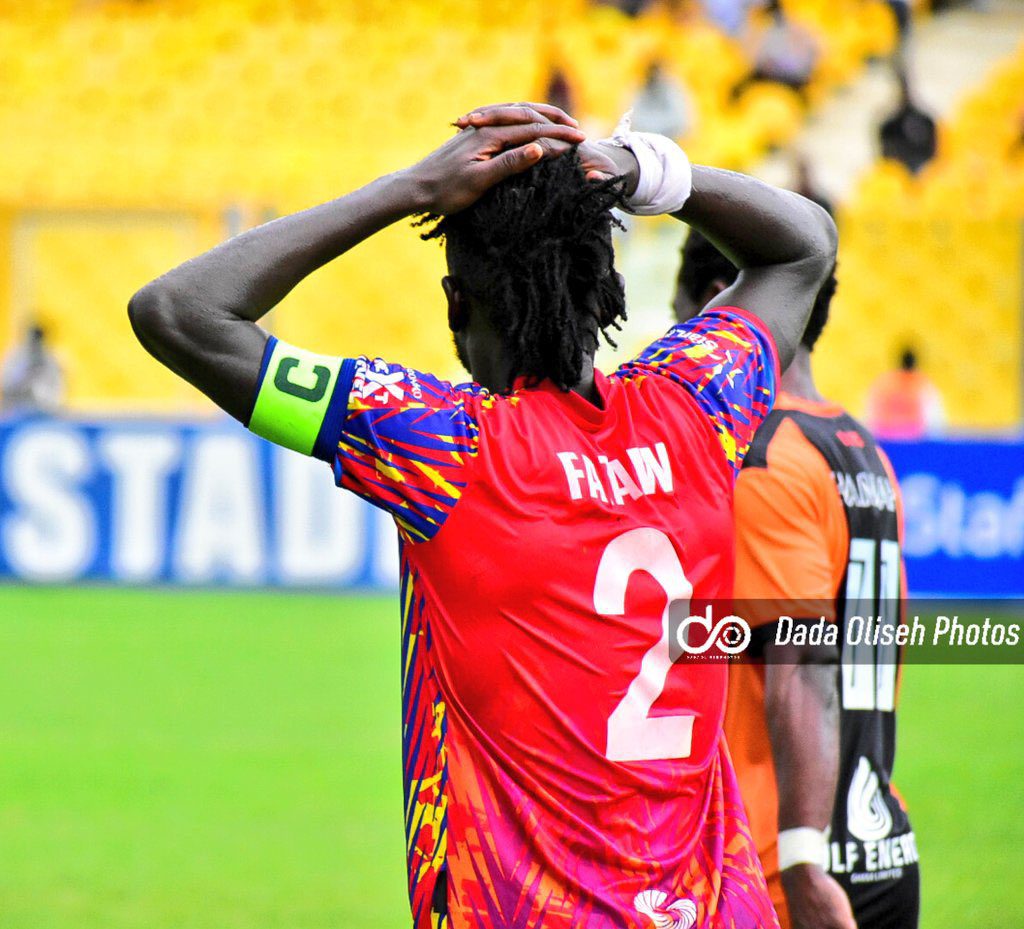 Defending champions Hearts of Oak were held to a goalless draw against Legon Cities as the Phobians failed to win their opening game of a season for the fifth consecutive season.

Samuel Boadu’s men were desperate to put the disastrous performance in Morocco behind them as they started strong against the Royals.

Salifu Ibrahim, who was voted as player of the season last time out, came closest in the opening exchanges when his delicate dink was cleared off the line by Rashid Mohammed.

Daniel Afriyie Barnieh went close to the opener with his effort from the resulting corner but he was denied.

Man of the match Eric Ofori Antwi pulled off a spectacular save to deny a well struck volley from Kofi Kordzi moments later.

Jonah Attuquaye had an opportunity to score in a third successive game against the Phobians after beating their high line, however, Richard Attah stepped up to deny him.

Antwi was once again called into action as he saved three headers in the last 10 minutes of the half from Isaac Mensah and Barnieh.

With 20 minutes to go, the Phobians thought they had taken the lead after an Ibrahim curler beat Antwi only to hit the crossbar.

Legon Cities started to threaten on the counter in the dying embers but failed to be decisive upfront as the game ended in a goalless draw.

Hearts start yet another season on a slow note failing to pick maximum points.

The last time the Rainbow club won their opening league game was in the 2015/16 season when they beat New Edubiase courtesy a goal from Samuel Yeboah.

Hearts were held to a goalless draw in 2017. They once again drew in 2018 against Eleven Wonders. In the 2019/20 season, Hearts were beaten 1-0 at home against Berekum Chelsea. Last season, the Phobians drew 2-2 at home against AshantiGold.

The draw against Legon Cities points to an impending issue of the Phobians being slow starters.

Being the defending champions, teams will be extra motivated against Boadu’s men and they will have to find solutions soon.

It was crucial they win on the opening day so they could put the result against Wydad AC behind them, but as things stand failing to win will start to put pressure on Hearts especially after Kotoko’s victory.