Gyan remembers when he started singing with Castro 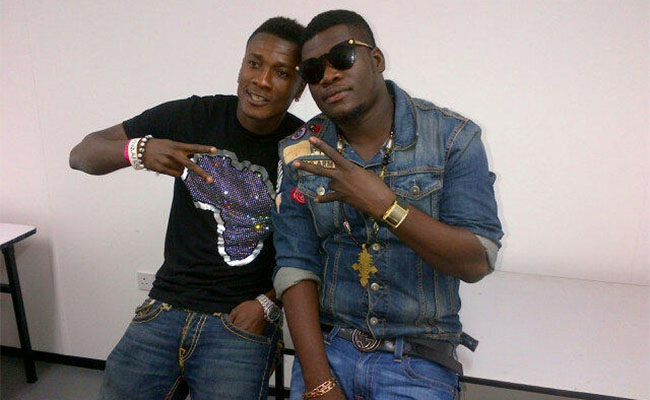 whilst riding a jet ski on the Volta lake in Ada.

Castro, real name Theophilus Tagoe has yet to be seen, dead or alive following the sighting of the empty jet ski he apparently went unto the water to ride with a female friend, one Janet Bandu, an Accra based student who has also remained missing since.

Gyan who has since gone back to the United Arab Emirates where he only yesterday extended his contract by a whooping four years to 2018, has been talking up why he went into music with the sensational Castro.

“He (Castro) is one of the famous musicians in Ghana and he said, ‘hey don’t you see we can do something together?’ I said, ‘why not,’” Gyan explained the first time the suggestion for their music partnership evolved.

“I remember when we went to the studio, the engineer was asking if we were really serious about me singing and I said why not, I’m also a human being and I can sing. Castro told him that I am a musician, not a footballer,” Gyan added.