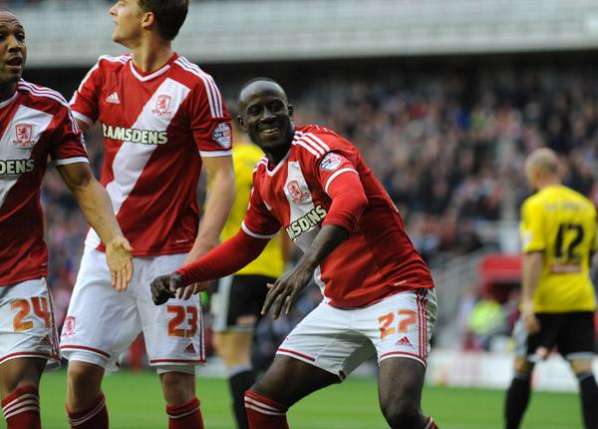 Albert Adomah was on target in the English Championship on Saturday as the Ghanaian and his side lived up to home expectations to put four goals past Brentford.

Adomah who spoke about the pressure of home games prior to the fixture doubled Middlesbrough’s lead five minutes after the interval after Grant Leadbitter put the home side 1-0 up in the first half.

Patrick Bamford made it 3-0 against Brentford before Middlebrough saw Dean Whitehead sent off with a straight red card.

Kike rounded off for ten-man Middlesbrough as he scored in the final minutes of the game to give Adomah and his side a 4-0 win.

Ghanaian player Albert Adomah played in the entire duration of the game without a booking.