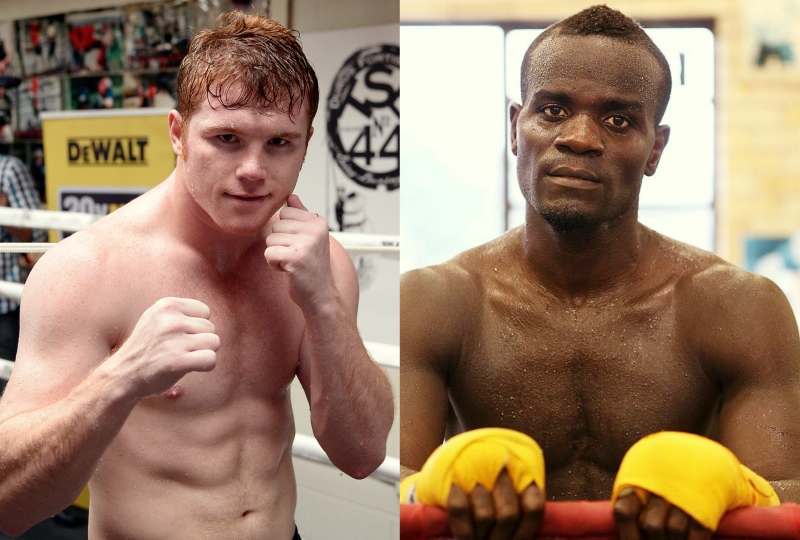 Clottey is ready to wait for Canelo to get healed

On Monday, Mexican superstar Canelo Alvarez announce that is December 6th fight was off due to an injury to his ankle. He was scheduled to face Joshua Clottey in Houston on HBO Championship Boxing. The fight was to serve as Canelo’s first fight back on HBO. He recently signed a multi year agreement with the network after  having his previous five fights televised by Showtime.

BoxingScene.com spoke to a disappointed Clottey earlier today to get his thoughts on the recent turn of events. Clottey hasn’t been very active in recent years due to managerial issues and hasn’t appeared on HBO since losing to Manny Pacquiao in March, 2010 in a lackluster fight distributed by HBO pay-per-view.

Clottey is ready to wait for Canelo to get healed

Clottey viewed the Canelo fight as an opportunity to make up for his subpar performance against Pacquiao.

“The Canelo fight is very important to me. Not for the money but to redeem myself from the Pacquiao fight.  People shouldn’t judge me from one fight. I always had good fights and I had the one mistake, the bad fight against Pacquiao. That isn’t me,” said Clottey who pointed out that his last fight was action packed. “Look at the Mundine fight. I dropped him five times and he had just beat Mosley.”

Clottey said that he has has several good offers to go back to Australia where he defeated Mundine but that he wants to redeem himself in the United States and prove once and for all that the Pacquiao fight was just a bad day.

“Now I am back in America and I want to keep fighting in America.  That is why I wanted to fight Canelo on HBO. I would prove to the people that the Pacquiao fight was just one mistake,” Clottey explained.

The 37-year-old Clottey said that he hopes Canelo honors their agreement to fight. According to a press release from Golden Boy, Canelo will need six weeks of rest. Clottey said he has no problem waiting till January for the fight.

“I know injuries happen. I hope Canelo heals up and we can fight at the end of January. We both agreed to fight and signed contracts. He should fight me when he’s healthy,” Clottey old BoxingScene.com.