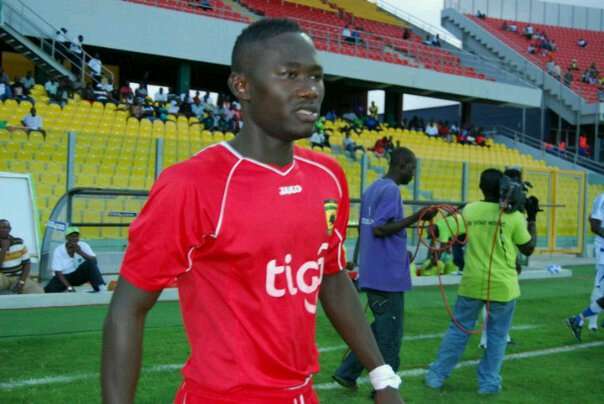 Former Kumasi Asante Kotoko striker Eric Bekoe says he is not interested in playing in the “boring” Ghanaian  football league.

Bekoe , league top scorer with 17 goals in 2007/2008 before embarking on a career in the Egyptian league with Petrojet, has remained clubless since ending his contract with Berekum Chelsea and has struggled with fitness and weight.

” The Ghana league is not attractive, it is nothing to write home about even the competence levels of the Ghana Football Association is questionable for me; they are not serious because till now congress has not even taken place”, Bekoe told Allsports.com.gh.

Previously linked with a move to join newly promoted Accra Great Olympics, Bekoe revealed that he had no plans of furthering his career in Ghana.

” I have made up my mind not to play in Ghana because of the poor nature of the league”, he added.