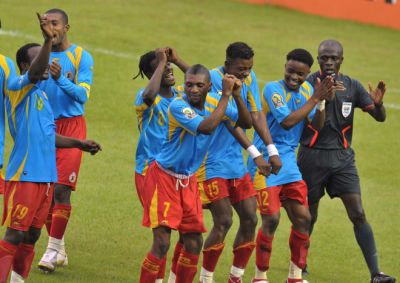 The Pharaohs of Egypt will be absent at a third straight Africa Cup of Nations since sealing a third consecutive title and record 7th overall in 2010 after failing to beat North African rivals, Tunisia in the final qualifier earlier this evening in Tunisia.

Egypt needed to win by two clear goals at the Stade Mustapha Ben Jannet in the Tunisian city of Monastir to not just increase their points tally in six qualifying games to nine, but more importantly improve their goal difference to at least +2 and as a result beat DR Congo who had 9 points and +1 to the last available ticket to Equatorial Guinea 2015.

The Confederation of African Football’s qualification method to the January 17-February 8 tournament divided Africa’s top 28 teams after the preliminary rounds into seven groups of four teams each. The top two of these seven groups totalling 14 were assured of qualification to join the host nation in the tournament.

The last spot was reserved for the team that finishes with the best record of all seven teams that placed third in each group.

In the event, DR Congo who came from two goals down to hold Ghana in the group stages of the last tournament in South Africa, edged through after finishing with nine points, enough to beat all other 3rd placed sides, including defending champions, Nigeria.

DR Congo rounded up their qualifiers with a come-from-behind 3-1 win over Sierra Leone at home earlier today to finish behind group winners, Cameroon and Ivory Coast but with an enviable nine points, the tally with which many teams qualified as runners-up of certain groups.

Egypt who had failed to qualify for both 2012 and 2013 AFCONs following their historic success over Ghana in the 2010 final, had amassed six points inn qualifying Group G on the back of back-to-back victories over the section’s whipping boys, Botswana.

But twice at home, the Pharaohs had lost to both Tunisia then Senegal in the very penultimate qualifier last Saturday. Coupled with defeat to the Teranga Lions in Dakar back on qualifying match day one, Egypt were totally outclassed by Senegal and Tunisia who both qualified even before the last round of matches today.

So Egypt went into the game as the last remaining team that could yet thwart the ambitions of the Simbas, hopes which were enlightened when Chelsea forward, Mohammed Salah shot the Pharaohs ahead after only 14 minutes.

It’s a lead Egypt took to the halftime break but their joy was soon cut eight minutes into the second half when Yassine Chikhaoui equalised for the Carthage Eagles.

Wahbi Khazri struck the killer blow to not only complete the double over the nemesis in 2015 qualifying, but also squash all Egyptian dreams as well as ensure their top place at the summit of the group following Senegal’s 3-0 hammering of Botswana in Dakar.

Line up of qualified countries for December 3 draw for 2015 Africa Cup of Nations: