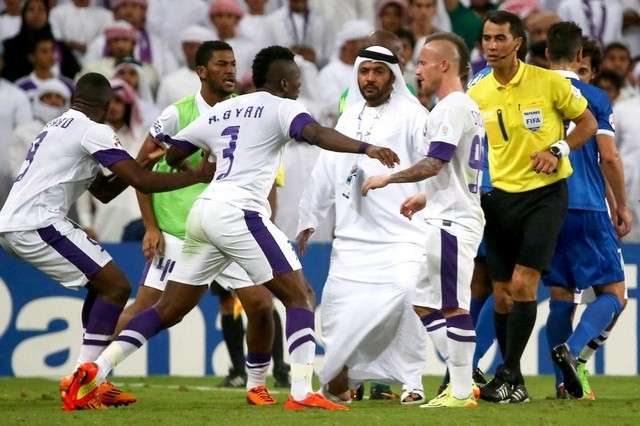 Al Ain striker Asamoah Gyan has been suspended for two matches by the Asian Football Confederation after they reviewed the Ghana captain’s horror tackle on an Al Hilal’s player during an Asian Champions League semi-finals.

Gyan was sent off with 20 minutes left in the September 30 game following a two-footed lunge at Salem Al Dawsari, the Saudi Arabian winger.

The incident sparked strong words and some shoving between the teams, with Gyan involved in a brief skirmish before having to be ushered from the pitch by teammates.

However, Gyan has been slapped with a two-game ban and will now miss Al Ain’s cracker against Al Wahda at the Hazza bin Zayed Stadium on Wednesday.