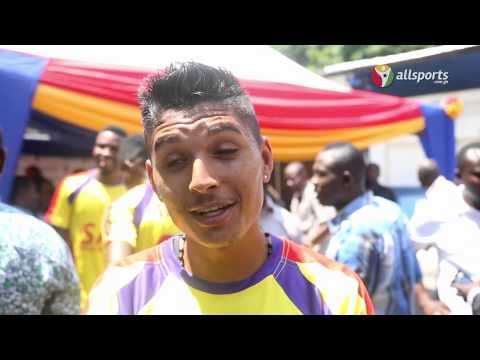 Hearts of Oak’s South African import Shaun Mason October has predicted a win for the Bafana Bafana  against the Black Stars of Ghana in next year’s AFCON championship.

Ghana is drawn in Group C alongside South Africa, Algeria and Senegal in what is generally considered the toughest group of the championships.

However,  the former Santos FC winger now with Ghanaian giant Hearts of Oak has predicted a 2-1 win for his motherland South Africa against Ghana.

October has settled down into his new club since his transfer and is tipped as one of the prospects to watch in the upcoming season.