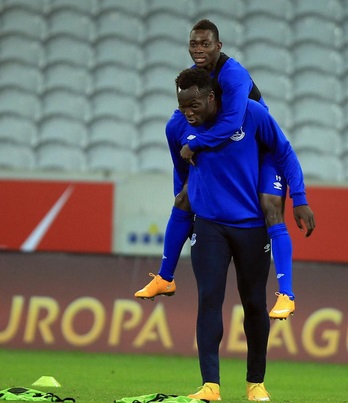 Ghana could miss another of it’s key plays for the AFCON in January after Everton winger Christian Atsu pulled out a Europa league game after just six minutes with an injury.

Atsu was making a rare start for the Toffeees in the Europa League in a game they would lose 1-0 to FC Krasnodar and was replaced by Kieran Dowell.

With star midfielder Kwadwo Asamoah out through injury,new Ghana boss Avram Grant can ill afford another injury to another of his high profile players.

Everton manger Martinz said afterwards:  “We are going to scan Christian in the morning. It was the only negative of the night because he pulled up early with a hamstring strain.

“Well assess him because it is important to discover what grade of injury it is.”

Atsu has struggled to make an impact at the Merseyside team since his transfer from league leaders Chelsea in August.