Adamu The Crusader returns in ring on Saturday 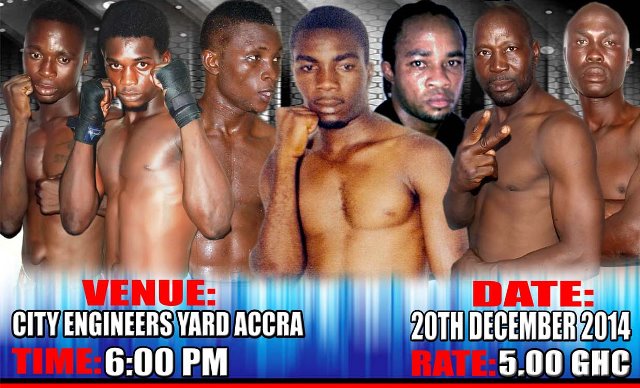 Charles Adamu AKA the Crusader insists his career is far from over and remains adamant he will not quit boxing until he annexes a world championship belt.

The former 2-time Commonwealth champion is just on that roadmap with the Universal Boxing Association (UBA) Super Middleweight title on the horizon next month but first Adamu must see off the challenge of local rival, George Amoo on the All For One Sports Promotions bill codenamed ‘Punch Time’ in Accra come this Saturday night.

“This fight is a preparation for Adamu because he is fighting for the UBA world title in Accra in January,” explained Abdul Mohammed Samadu, CEO of All For One Sports Promotions who also manages The Crusader.

“After he takes that title, it would be a big achievement but we will not rest at all because we are going for the top recognised world titles as well. He is preparing for a rematch against world number one, Carl Froch to show the whole world how good The Crusader is,” Mr. Samadu added.

In the event, the ‘Punch Time’ bill is the first of the year for All For One Sports Promotions who have lined up a total of 12 mouthwatering bouts to whet the appetite of boxing fans who will storm the City Engineers Yard at James Town for their own Christmas fight party.

“It’s going to a very exciting night of boxing because we have some of the best promising boxers and the very experienced Charles Adamu fighting. I can assure boxing fans that they will enjoy all 12, yes twelve bouts and I urge everybody to come,” said Matchmaker Abdul Rasheed Williams AKA Believer.

Headlining the bill on December 20 is the clash for the Ghana Super Bantamweight championship featuring Kamarudeen Boyefio versus Isaac Sackey over 12 rounds.

Also fighting on ‘Punch Time’ are Saidu Amadu versus Isaac Nettey in a Featherweight contest, Peter Musah against Wahab Oluwseum (Super Featherweight), a Welterweight clash between Ebenezer Amedor and Peter Aryee rounded up by the Lightweight contest featuring Samuel Danso versus a yet-to-be confirmed opponent.

All roads lead to the City Engineers Yard, James Town, Accra on Saturday night, December 20 2014 as the All For One Sports Promotions’ ‘Punch Time’ bill. Gates open at 6pm at a flat rate of GH¢5 (five Ghana Cedis).