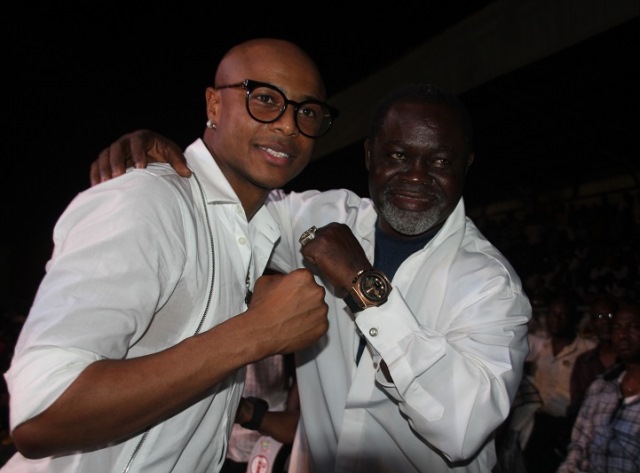 Andre Ayew and brothers, Rahim and Jordan were among the first to show up on Friday night’s boxing show at the Accra Sports Stadium in exhibition of full support to Black Stars captain, Asamoah Gyan whose BabyJet Promotions are staging the fight night dubbed ‘Who rules the ring?’

Former Black Stars skipper, Stephen Appiah and former national team defender, John Paintsil were also there whilst Asante Kotoko star, Abeiku Ainooson was also well dressed and up for the occasion at the Accra Sports Stadium.

Hiplife hotshot, Samini is here along with a host of celebrities including Miss Vee, Kwesi Pee and Luther who even mounted the ring to perform.

You can watch our photo gallery for more exciting and interesting pictures from the Accra Stadium as all the action unfolds.