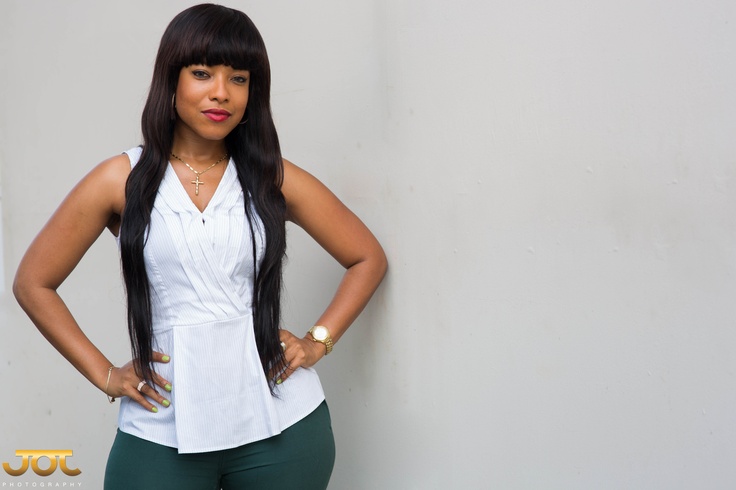 Ivorian midfielder, Yaya Toure is aiming to re-write the record books by going for an unprecedented 4th straight gong as Africa’s best footballer but faces the challenge of Borussia Dortmund and Gabon striker, Pierre-Emerick Aubameyang as well as Nigeria captain, Vincent Enyeama who seeks to become the first goalkeeper to scoop the big award this century.

Joselyn Dumas who hosts the ‘At Home with Joselyn Dumas’ talk show on Africa Magic on DSTV, was born in Accra on 31 August 1980. After attending Archbishop Porter Girls Senior High School, she travelled for further studies and graduated with an Associate Degree in Paralegal Studies from University of Phoenix, U.S.A.

She made her debut on television as the host of Charter House’s Rhythmz, an entertainment show which saw her interview many celebrities. She was head-hunted by one of Ghana’s biggest Television Networks, Viasat 1, to host the networks first own produced flagship Talk show, ‘The One Show’ which was aired from 2010 – 2014.

Joselyn is currently the host of a new TV talk show @ Home with Joselyn Dumas which is aired across Africa and parts of Europe courtesy the magic of DSTV.

Her billed co-compere for the lagos show on January 8, Robert Marawa is a South African sports journalist and television/ radio personality who already co-hosted the 2011 Edition of Glo-CAF Awards in Accra, Ghana alongside ex-Ghana defender, Tony

Marawa attended Hilton College near Pietermaritzburg and the University of the Witwatersrand where he studied Law. He was born on March 1, 1973 and currently works as a presenter for Super Sport in addition to hosting i083 Sports@6 on Metro FM‎ in Johannesburg.