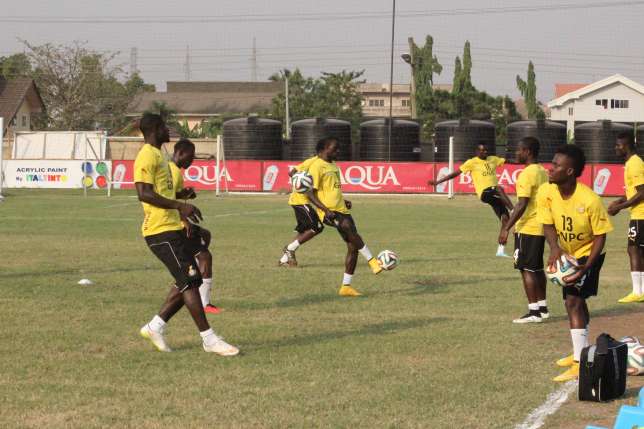 Fourteen out of thirty-one Black Stars players started the first phase of preparations for next year’s Africa Cup of Nations on Wednesday afternoon.

Newly-appointed head coach of Ghana, Avram Grant, was also absent from the team’s first preparations towards annexing a fifth AFCON title in Equatorial Guinea next month.

The players begun workout under the supervision of fitness trainer Jamie Lawrence and assistant coach Maxwell Konadu at the Lizzy Sports Complex in Accra.

The Black Stars will return to action on Friday and Saturday before flying out to the Spanish City of Seville where they are expected to finalize preparations for the tournament in Equatorial Guinea.

Ghana have been been paired alongside Algeria, Senegal and South Africa at the African showpiece.

Players who were at Wednesday’s training session are: