Black Stars off to Spain for pre-AFCON camp 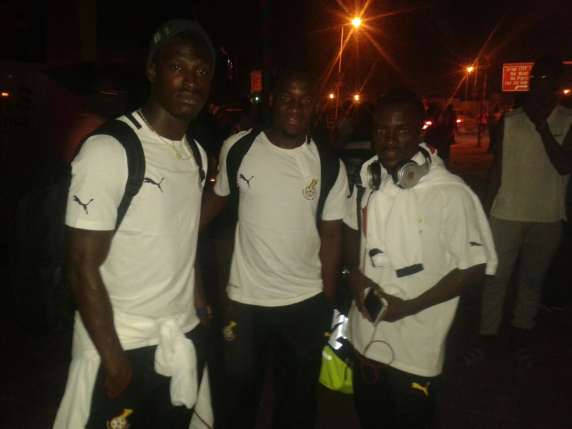 Edwin Gyimah, David Accam and Solomon Asante at the airport before teh Black Stars' departure

Edwin Gyimah, David Accam and Solomon Asante at the airport before teh Black Stars’ departure

A 20-man team of the Black Stars departed Accra for Seville, Spain on Sunday night as the national team begin official preparations for this month’s Africa Cuo of Nations in Equatorial Guinea.

Christian Atsu and defender John boye were also put through a fitness test in the morning before their selection was confirmed.

It is not clear whether the team will play any high profile friendly while in Spain before they open their tournament with a difficult fixture against the Teranga Lions of Senegal.