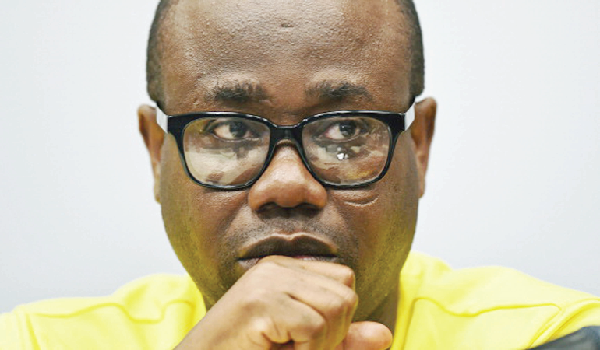 The Ghana Football Association has been branded a base of corruption and mismanagement of funds with the allegations taking a spike in the last year after incidents involving the Black Stars at the 2014 FIFA World Cup tournament in Brazil.

The GFA president, Kwesi Nyantakyi who has been at the centre of criticism from Ghanaian football fans in an interview with Goal Ghana squandered all claims challenging people to show proof of their allegations.

The GFA president first of all revealed he pays ‘little attention’ to the allegations before answering with explanation when he was asked “Is there really corruption at the Ghana Football Association?”:

“There is no financial mismanagement at the FA. Accusations of corruption and embezzlement of funds are always levelled against the GFA but there is little proof whatsoever.

“They only remain perceptions, not founded in fact. Our accounts are audited each year, and not once in the past eight years has the GFA Congress been alerted by the Auditor-General of any irregularities.

“People just wish to paint us black, and that isn’t helpful. If anyone possesses solid evidence of such mismanagement, they shouldn’t hesitate to notify the appropriate authorities for the necessary investigations to be conducted into the affair. Maybe they are seeing something the auditors miss.”

“If you look at the business of the FA, we deal with issues about women’s football, colts, coaches, referees, sports medicine, the Premier League and various lower divisions, the national teams (eight in all), regional football associations, international affairs, marketing, IT, research, infrastructure, transport, property creation and management, the various GOAL projects, relations with CAF and FIFA, and several other pressing concerns.

“Each day presents its own challenges to deal with. As you’d imagine, attending to all of these consumes a lot of one’s time, and I thus have little time for myself.”