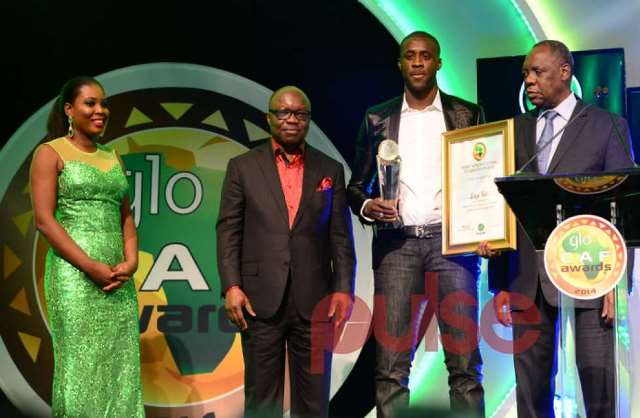 The Ivorian has been named the best player from the continent for a record fourth straight time after beating Vincent Enyeama and Pierre-Emerick Aubameyang at a ceremony in Lagos.

Manchester City playmaker Yaya Toure has been named African Player of the Year for a record fourth year in a row at a ceremony in Lagos on Thursday night.

The Ivorian, who beat off competition from local favourite Vincent Enyeama and Pierre-Emerick Aubameyang, equals Samuel Eto’o’s four titles but becomes the first player to win in back-to-back years.

The 31-year-old scored 20 goals in 35 Premier League appearances for Manuel Pellegrini’s side in the 2013-14 campaign, as they held off Liverpool’s challenge by two points.

Enyeama captained Nigeria at the World Cup and was an ever-present in a Lille side that finished third in Ligue 1 last term, helping the club to the Champions League preliminary stages where they lost to Porto.

Ghana’s Asamoah Gyan and Nigeria’s Ahmed Musa were previously on a five-man list, before that was whittled down to three in late December.