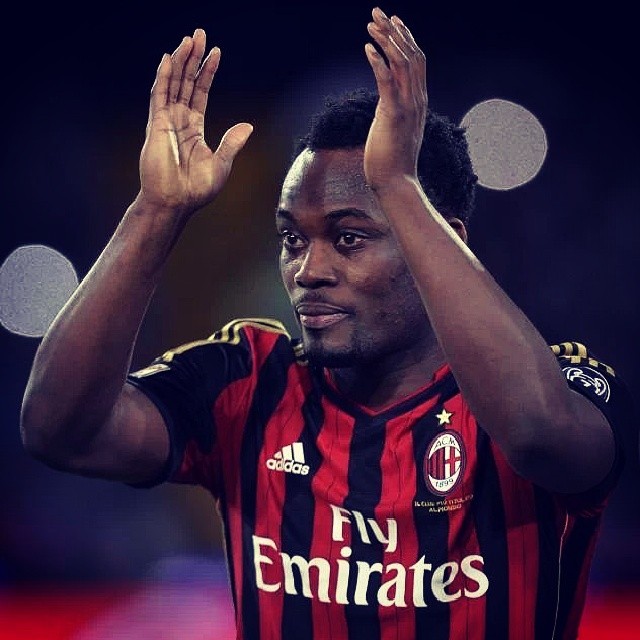 Ghana midfielder Michael Essien future with Italian club AC Milan is in serious doubt after the player’s agent confirmed he wasn’t sure if his client will stay at the Milan club past his current contract.

Essien’s current contract with AC Milan expires in June and agent Fabrizio Ferrari said of the Ghanaian’s future to Italianfootballdaily.com:

“This is a very good question. I don’t know what will happen, but I believe he will not renew with Milan. Essien is happy at Milan, he can remain but it is doubtful. It’s a bit early to predict what will happen in June.

“Milan is a prestigious club which is difficult to get into, but also difficult for a player to want to leave it.”