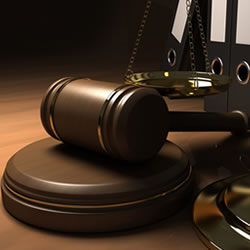 PROCEEDINGS
In accordance with Article 41.6 of the GFA Statutes and Articles 37(10)(a) to 37(10)(h) of the Ghana Football Association (GFA) General Regulations, this Disciplinary Committee (the Committee) considered the depositions from Predators Football Club (Appellant), Hunters Football Club (Respondent) and the record of proceedings from the Disciplinary Committee of the Volta Regional Football Association (VRFA DC).

SUMMARY OF THE FACTS

Predators Football Club (Appellant), on Tuesday, October 6, 2015 filed an appeal to overturn the decision of the VRFA DC delivered on Thursday, October 1, 2015 which upheld the protest of Unique Football Club against the Appellant for allegedly fielding two unqualified players (Lionel Aba and Yaw Atubrah) who were claimed to have received four (4) cautions and have failed to serve their respective mandatory one (1) match bans at the time the two players played in their second division league match.

On the first ground of appeal, the Appellant argued that only two members of the VRFA Disciplinary Committee adjudicated the protest and therefore the requirement of quorum was not fulfilled in accordance with Article 41(1) and 41(2) of the GFA Statutes.

The Appellant also argued the decision is flawed because the two players had served the respective bans after their third yellow cards. The Appellant stated the said matches which each player missed in fulfilment of the ban and also raised an issue with the decision for being out of line with the relief sought by the Respondent in the protest before the VRFA DC.

The Petitioner consequently, demanded that the decision of the VRFA DC should be declared null and void and the match result (2-2) must be made to stand.

DEFENCE OF UNIQUE FC
The Respondent failed to file a Statement of Defence to the Appeal within three (3) days of receipt of the Appeals as stipulated by the GFA General Regulations.

FINDINGS AND GROUNDS OF THE DECISION
The absence of a Statement of Defence from Unique FC notwithstanding, this Committee shall in accordance with Articles 37(10)(e) and 37(10)(c) of the GFA Regulations proceed to deliver its decision.

Thus, from the foregoing, the Committee shall adjudicate the instant case on its merit in light of Article 34(13)(a) of the GFA General Regulations. The said Article 34(13)(a) of the GFA General Regulations is reproduced as follows:
“The burden of proof regarding protests between clubs rests on the protesting club and in the case of a charge by the Prosecutor, the burden rests with the Prosecution”.

With the basis for determining the matter on its merit established, this Committee shall proceed to determine the case.

This Committee, therefore, holds that there was quorum in accordance with Article 41(1) and 41(2) of the GFA Statutes when the VRFA adjudicated on the protest and delivered its verdict. We, however, recommend that the VRFA DC should indicate their panel on their decisions and also state the dates the decisions are signed by the Chairman.

Reference is also made to the Decision 1 of the Ruling of the VRFA DC. It is our holding that the said Decision 1 is completely out of tune with the protest. For while the protest was brought under Article 34(1)(e) and 29(1)(e) on accumulation of yellow cards, the Decision 1 clearly mistakenly referred to forfeiture on failure to submit player licences. We want to believe it was a “cut and paste” mistake.

On the main ground of appeal, the regulation is that the players should miss the next match after the third yellow card as clearly stated in Article 39(5)(b)(i) and not after the receipt of the fourth yellow card. The current position of the law from the GFA Appeals Committee decision is that it is that particular club in the next match which stands to benefit after filing a successful protest (see Asante Kotoko vrs Heart of Oak – Appeal Decision delivered Oct 20, 2015).

Thus, Unique FC is not cloth with the right to protest even if the two players failed to sit out after the third yellow cards let along the wrong wait for the players to continue playing to receive a fourth yellow cards.

The match in question between Predator FC and Unique FC was not the next match in respect of both players. The points awarded to Unique FC by the VRFA DC were therefore not supported by the GFA regulations and the position of the law. The appeal shall therefore succeed on this ground.

DECISION
The Committee therefore makes the following decisions:
1. That the decision of the Disciplinary Committee of the Volta Regional Football Association is hereby overturned and the match result of a 2-2 draw shall stand.

2. That no cost is awarded.

3. That the Ruling of this Committee is final in accordance with Article 41(6) of the GFA Statutes.