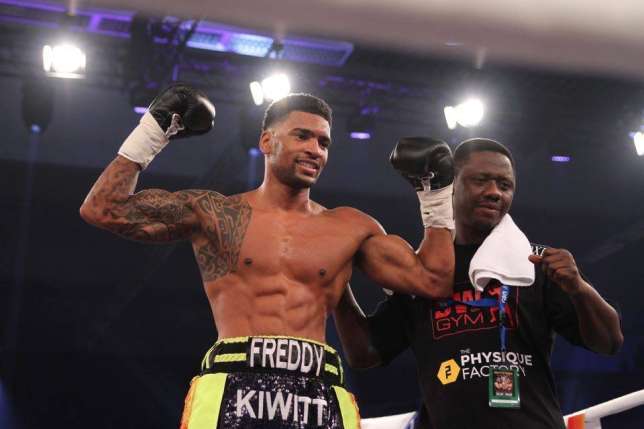 25-year-old Kiwitt, who is based in the U.K., proved too strong for Dolhozhyieu, finishing him off with a vicious right at 2:59 of the first to improve his burgeoning record to 8-0 (3 KO’s) and leaving even his new coach in awe.

Carl Lokko looks on as Kiwitt weighs ahead of the fight

“I’ve been training him for a few weeks now and he is so happy to be train by me,” Lokko shared with Bukomboxingnews.com. “I like his attitude and I believe he will go far.”

Coach Lokko, who is due to return to Ghana on Wednesday to prepare some of his locally based boxers for upcoming fights, has also been training half-Nigerian heavyweight Ishmael “Biggy” Oladipo who spars with former world heavyweight champion David Haye.