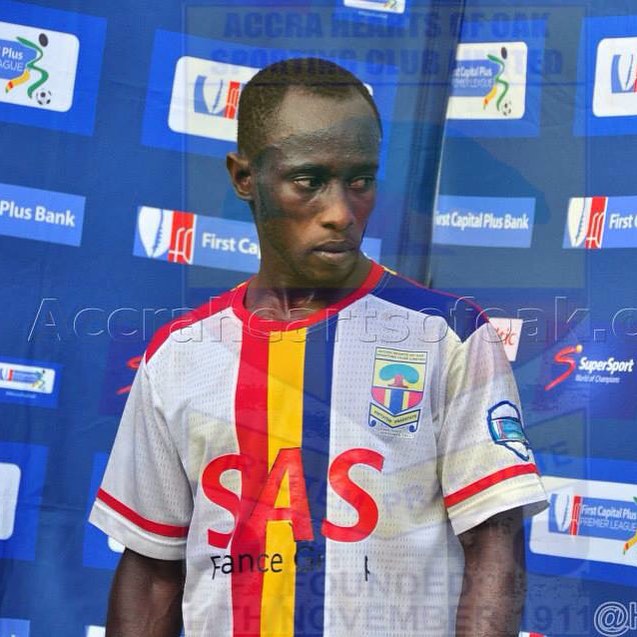 The supporters of Accra Hearts of Oak have sent a warning signal to the management of the club putting pressure on them to rescind their decision to sack Emmanuel Hayford.

The management of Hearts on Tuesday announced the release of Emmanuel Hayford on the grounds of indiscipline and lack of commitment for the club.

However, the supporters of have kicked against that management decision and have threatened them to reinstate the player or else they would pour out their anger on them.

“Emmanuel Hayford is not a truant payer. I have never heard him speak before. What has he done at all that management should take such a decision? If Hearts of Oak were able to manage Don Bortey, then they should be able to manage Hayford.

“They have to rescind their decision to sack Emmanuel Hayford, else we the supporters will storm the club secretariat and demonstrate our feelings. I believe they won’t have things easy at all,” Kassim Awal, the President of Chapter O, one of the most powerful supporters group of Hearts of Oak told Happy FM.

Awal added by blaming individuals like Yaw Preko, the assistant coach, Gerald Ankrah, the General manager and Saban Quaye, the team manager for the sack of Hayford.

“I don’t blame, Kenichi Yatsuhashi for the club’s decision to release Emmanuel Hayford. I rather blame Yaw Preko, Gerald Ankrah and Saban Quaye, because they have been with the club and they know the qualities of Hayford, he added.