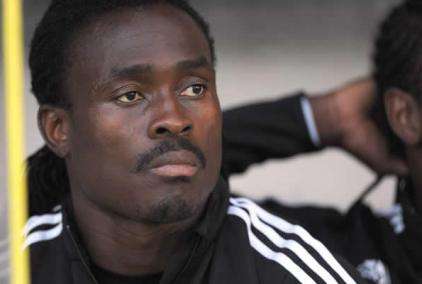 Derek Boateng – Sweats over fight for his signature by Spanish clubs

The 32-year-old ex-Liberty Professionals man has been without a club since his departure from Spanish outfit Eibar in the summer.

Boateng has confirmed that he has received some offers from Spanish clubs though his number one priority is to return to his former Swedish club AIK Stockholm.

“There are some Spanish clubs interested, but I want to wait and see. AIK is my first choice. I want to continue playing for a while and it’s a dream for me to come back there,” Boateng told Fotbolldirekt.

He has plied his trade at several clubs in Europe including Rayo Vallecano, Getafe, Fulham and Dnipro.

He was a member of Ghana’s contingent at the 2006 and 2010 Fifa World Cup tournaments.