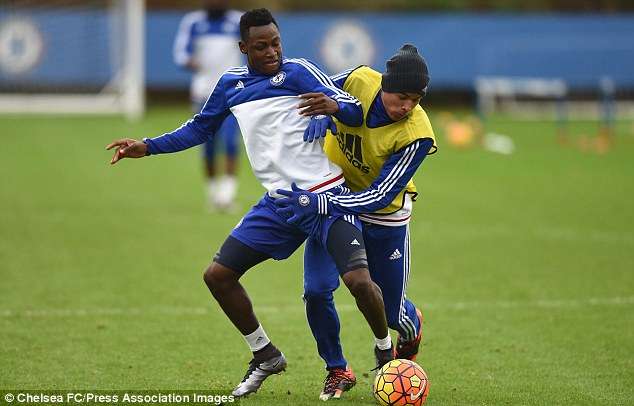 Chelsea travel to league leaders Leicester City for their Premier League game on match day 16 as Jose Mourinho and his side seek to recover from another defeat against Christian Atsu’s AFC Bournemouth in their previous league game at Stamford Bridge.

Ghanaian defender Abdul Baba Rahman who has been on and off starting roles for his London club will seek to get the nod against international team mate Jeffrey Schlupp’s Leicester City.

Baba Rahman started the game against AFC Bournemouth last weekend but was left out in the UEFA Champions League game against FC Porto in midweek.

The Ghana international trained with the Chelsea squad ahead of their game against Leicester on Friday and worked hard to impress Jose Mourinho for a successive start in the Premier League.

Chelsea have a fit squad ahead of the game and Baba Rahman will have to continue his battle with Cesar Azpillicueta, Branislav Ivanovic and Kurt Zouma for a place in Jose Mourinho’s back four.