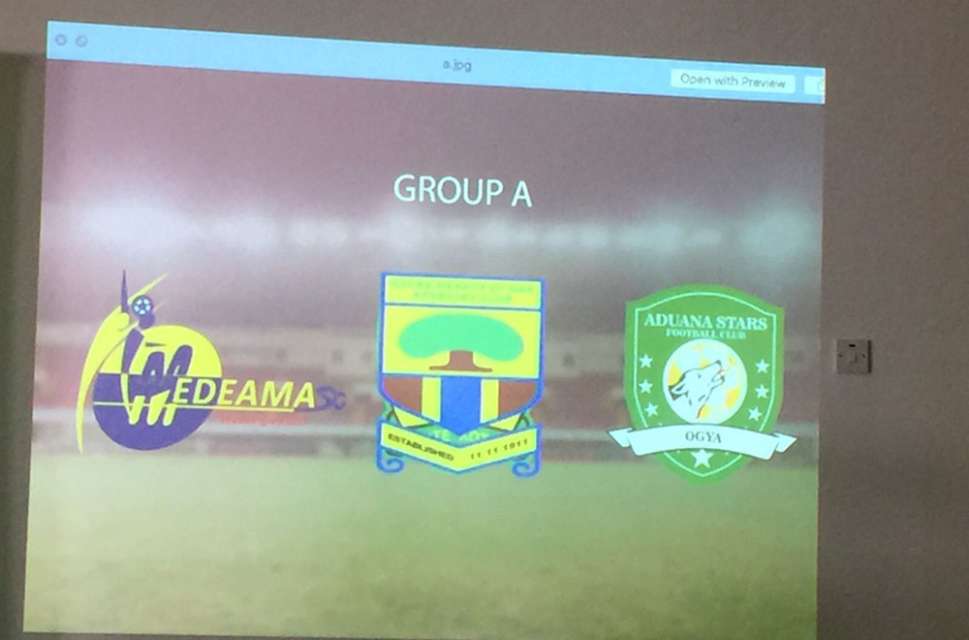 The ceremony was held at the tournament’s host city, Takoradi at the Raybow Hotel where executives of GHALCA and First Trust Savings and Loans and representatives of the six competing clubs were in attendance as various unveiling of packages were done.

The tournament is scheduled to be played from January 7-10, 2016 at the Sekondi stadium and the live draw for the groups conducted promises to offer fans some thrilling matches.

Champions of the Premier League, Ashgold and FA Cup winners Medeama SC were seeded in pot one, with traditional giants Asante Kotoko and Hearts of Oak in pot two while Aduana Stars and Berekum Chelsea were placed in pot three.

The six teams were drawn into two groups for an all-play-all format with the group winners facing each other in the final match. Group A had Medeama, Hearts of Oak and Aduana. Group B pitched Ashgold, Kotoko and Berekum Chelsea. Two matches will be played daily from January 7-9 and the ultimate final match on January 10.

First Trust Savings and Loan are paying each club an appearance fee of GHS 20,000 and an additional GHS 10,000 for the two finalists. Italian kits manufacturers Garman, have given two set of jerseys to each club for use in the tournament.