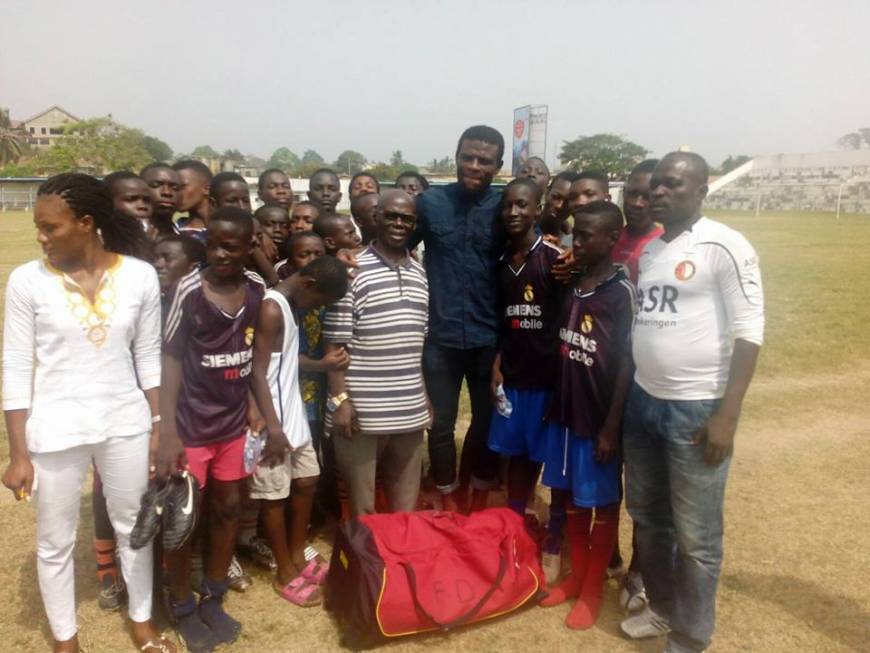 Black Stars goalkeeper Fatau Dauda on Christmas Eve made a presentation to his former colts football side ‘Friends Baby’s’ in Cape Coast.

The former Chipa United and Orlando Pirates goalkeeper then posed with officials and some team members after the presentation.

Fatau Dauda is currently with Ghana Premier League Champions Ashgold SC. The goalkeeper who aided his side in winning their first league title in 19 years is preparing for the start of the new Premier League season.