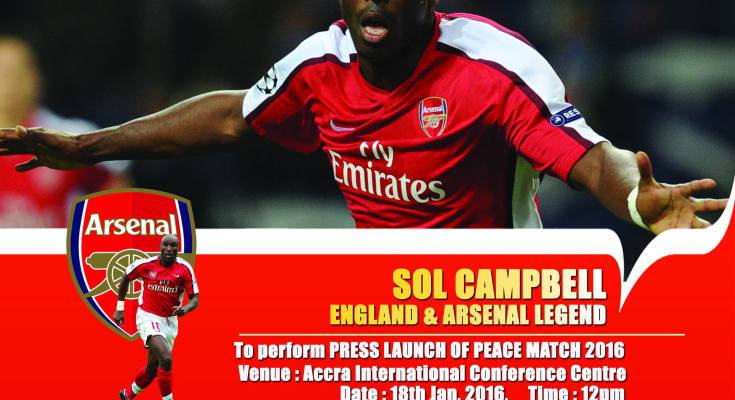 Primeval Media will stage a two-legged football match between a team of carefully selected international football stars against Kumasi Asante and the Black Stars in Kumasi and Accra respectively.

The first leg will be played in Kumasi on June 8, 2016 between a host of international stars led by ex-Stars captain, Stephen Appiah against one of Ghana’s glamorous clubs, Kumasi Asante Kotoko at the Baba Yara Sports stadium.

The second leg will be played in Accra on June 11, 2016 at the Accra Sports Stadium and will be between the international stars and the senior national men’s soccer team, the Black Stars.

Sports, and for that matter, football has undoubtedly become a very powerful tool for promoting national unity, cohesion and above all national development.

Primeval Media intends to use the power of football to promote unity among Ghanaians as we test the level of maturity of our democracy in the 2016 General Elections.

We invite our media houses interested in participating in our launch of the Sol Campbell Peace Match 2016 happening on the 18th January 2016 at the Banquet Hall, State House to kindly use the form below to register and book their place for this event.

Participation in the launch will be strictly by accreditation, as such all media houses  and individuals willing to attend the event should complete the form below.

Register for this event

Enter your details below