FIFA has abandoned me - Sepp Blatter 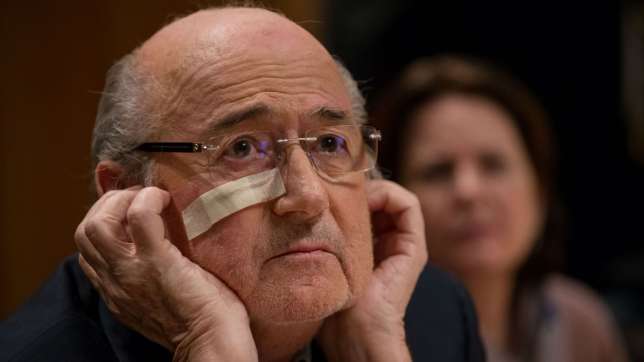 Suspended FIFA president Sepp Blatter has accused the organisation of abandoning him, pledging to continue the fight to clear his name.

Suspended FIFA president Sepp Blatter has accused the organisation of abandoning him, pledging to continue the fight to clear his name.

Blatter and Michel Platini were handed eight-year bans by FIFA’s Independent Ethics Committee this month following allegations of a “disloyal payment” from FIFA to the suspended UEFA boss.

Both men were cleared by FIFA of corruption allegations and the pair have vowed to appeal the decision against their bans.

However, the committee ruled there was no legal basis to the payment of two million Swiss francs made by FIFA to Platini in 2011 – dismissing claims from Blatter and Platini there had been a verbal agreement in place.

With Blatter’s successor set to be voted for at an Extraordinary Congress in February, the 79-year-old took a swipe at world football’s governing body, accusing it of abandoning him.

“I now no longer fight for FIFA. They have abandoned me. I only fight for myself and my honour,” he told German magazine Bunte.

“These false allegations have unleashed in me a new energy. After Christmas, I’ll start to defend myself.”

Blatter has been FIFA president since 1998 and announced his decision to step down shortly after gaining re-election in the midst of a corruption scandal that rocked FIFA earlier this year.

Platini – UEFA chief since 2007 – had been widely tipped to succeed Blatter as FIFA president before the scandal broke.