Sex for moneyProstitutes storm Essipong stadium ahead of G6 tourney 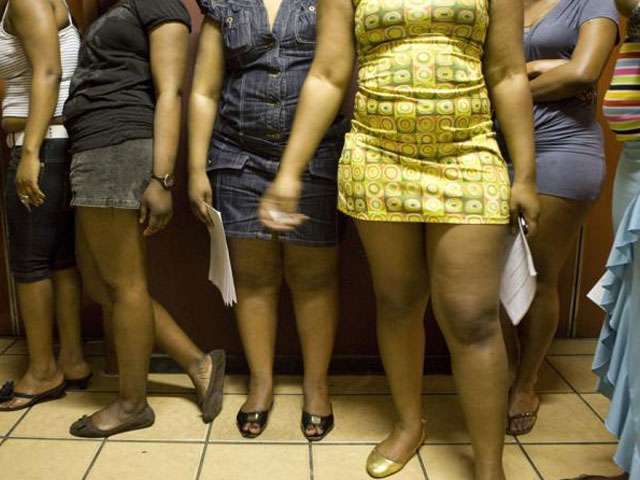 “A lot of football stars and rich men who have expensive cars would be coming for the tournament, so this is a chance for us to get a lot of customers,” one of the prostitutes told Kyzz FM.

Apparently believing that the streets, hotels and the Essipong stadium in Takoradi would be paved with footballers, club officials and football fans who would come across the country for the G6 tournament, a horde of prostitutes have descended on the city.

Information reaching PulseSports indicates that the ladies ranging between the ages of 22-35 have stated booking hotels, lounges and guest houses around the Essipong sports stadium in order to welcome their visitors.

“A lot of football stars and rich men who have expensive cars would be coming for the tournament, so this is a chance for us to get a lot of customers,” one of the prostitutes told Kyzz FM.

“We are ready to pay for any gate fee that the organisers would ask us, we just want to go to the stadium in order get more customers. We want to get closer to the high personalities and the football stars because this is the right time to make more money.”

The unnamed prostitute also thanked GHALCA vice chairman Mr. Isaac Koomson for his assurance of getting them a place at the stadium.

“I am grateful to the organisers of the GHALCA G6 tournament for giving us this opportunity. After everything has ended, we promise them of a nice package,” she enthused.

The inaugural preseason tournament kicks off at the Western Region involving six of the nation’s finest clubs after highly competitive 2015 FCPPL domestic season.

The maiden tourney is set to replace the traditional top four tournament after it expansion to include the FA cup finalists.

The much expected curtain raiser for the 2016 kicks off on January 7, 2016 after a long absence of domestic football.