GABA needs $20,000 to participate in qualifiers 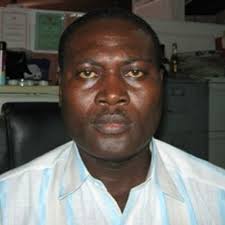 The Ghana Amateur Boxing Federation (GABF) will need about $20,000 to participate in the qualifiers for the 2016 Olympic Games.

The Black Bombers, will require the said amount to participate in the qualifiers in Cameroon from March 9-20, 2016.

Gideon Quartey, President of the Boxing Federation said the amount covers airfares, accommodation and logistics for 20 boxers, coaches and other team officials for the qualifier.

He said the federation aims to qualify at least six boxers for Rio 2016 where they are expected to continue the country’s rich history of participating in the boxing competition.

Quartey said, competition provides the best opportunity for the Black Bombers to qualify for the Olympics, because the cost involved was low.

Four Black Bombers qualified for the London 2012 Olympics at the Continental qualifier in Morocco.