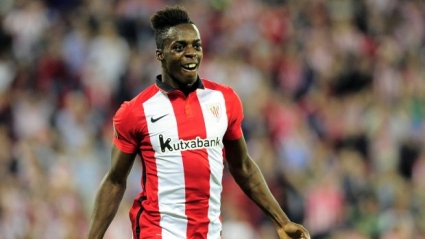 The 21-year-old who has been placed on a price tag of £15 million has been on the radar of Liverpool who are keen on bringing the speedster to Anfield.

Inaki Williams is one of the emerging talents in Spain having scored 6 goals for Athletico Bilbao in the Spanish La Liga this season.

The striker is also reported to be a target for Spanish giants Real Madrid as well as Tottenham Hotspurs.

Arsenal boss Asene Wenger will need to meet the price tag on the player and have to beat off competition from Liverpool and Real Madrid to secure the signature of the budding forward.

The Gunners will be hoping to make the striker their second signing after grabbing Mohamed Elneny from FC Basel.