I never said there is corruption at the GFA - Anas Aremeyaw 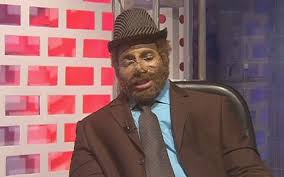 “‘Would you investigate Ghana football one day?’ and I said yes, why not? I am a journalist. I can investigate anybody. I didn’t pick on the GFA and I said I want to investigate the GFA, no.
If tomorrow I have to investigate them [GFA], I will just go ahead and investigate them. There is nothing too far, nothing too near. I guess that is the work of every journalist.”
Ghana set up a Presidential Commission of Inquiry [PCI] to look into the financial dealings of things that happened during the 2014 FIFA World Cup tournament in Brazil.
The government went on the international media radar for airlifting millions of dollars to players during the tournament after a misunderstanding between players and management.