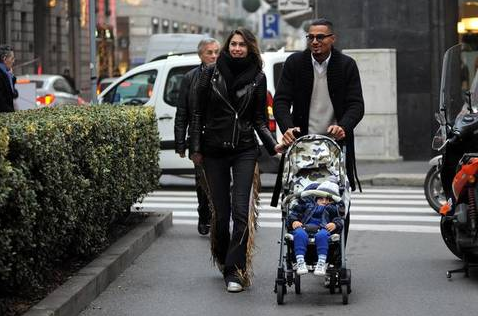 Ghana international Kevin-Prince Boateng and fiancée Melissa Satta are reported to have postponed their wedding due to some family troubles.

The AC Milan player and his model fiancée waited for their son Maddox Prince to grow old enough to take part in ceremony. The wedding was earlier reported to take place next summer but according to newspaper Libero, Prince Boateng and Melissa Satta have pushed the event forward.

Melissa Satta is ready to start arrangements and organizations for her wedding but is unhappy according to the reports.  The cause of her unhappiness is however not the relationship with Kevin-Prince Boateng but her parents.

Melissa’s parents will be separating due to the presence of another and Prince Boateng’s fiancée does not want the situation to have an effect on her wedding.