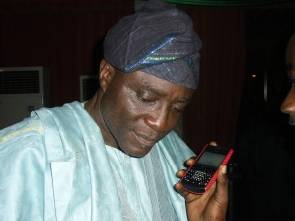 Division one League clubs in Ghana have threatened to break away from their mother welfare body, GHALCA to form a new one to serve their interest.
The proposed name for the imminent welfare body is Ghana Division One League Clubs Association (GHADOLCA).
According to one of the proponents of this new welfare body who spoke to Happyghana.com on the basis of anonymity, GHALCA doesn’t care about their welfare even though they have the largest membership at GHALCA.
“We are not treated fairly by GHALCA and we as Division One Clubs think it’s time to break away from them and form GHADOLCA to serve the interest of our members. It’s clear that GHALCA is only beneficial to the Premier League clubs who are even in the minority. GHALCA doesn’t consider us when it comes to their Top 4, Top 6 or even Top 8 tournaments. They sometimes even disrespect the Division One clubs by inviting foreign clubs to play in the President’s Cup while they ignore all 48 of us.
He added that despite them contributing immensely to the GHALCA through monies deducted from transfer of players they make, they don’t get any financial support from what’s supposed to be their welfare body.
“We transfer several players and GHALCA gets 5% of every transfer we do but we gain absolutely nothing from them. We don’t see any benefit we derive from our association with GHALCA.” He bemoaned.
However, Lawyer Kweku Eyiah who represents Division One on the Executive Committee reckons that a break-away won’t be the solution to their concerns.
“I don’t think that a break-away from GHALCA is what will address the concerns of these aggrieved people. They need to confer with GHALCA for deliberations. I’m also a member of the Division One clubs but I’m unaware of this development.” He told Happy FM.
The proponents of the break-away are however unwilling to renege on their decision.