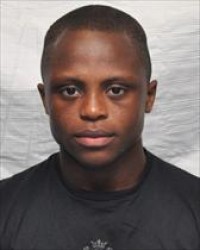 Ghana’s new sensational boxer Issac Dodge is the man to watch as far as boxing is concerned in Ghana.

The 21 year old boxer has so far won all his 12 bouts with 9 of his opponents going down by KO.

Also called the “Brave Son”, Isaac Dogboe was based in the USA before moving to  London where he excelled as an  amateur boxer in the Bantam division and  fought for his origin country of Ghana at the age of 17 during the 2012 Summer Olympic Games in London.

Since turning professional he has never given up and want the whole of Ghana to support him as he targets the real world titles.

His dad, Paul Dogbe believes in him and knows he can do it.

“Tell Ghanaians that my son is ready for the world and every body is allowed to watch him fight live” he told yours truely.

Dobge takes on Michael Pappoe at the Kaneshie Sports Complex on Saturday, February 20 2016.

The Royal Storm says he fears no boxer and his weapon is the blood of Jesus. He never believes in juju as many think because he is from the Volta Region, he may use some super natural powers.

“I am my self and I do all things through Christ who gives me the power” he noted.

He has already beaten Issac Krampah, a crack fighter and now wants to add Pappoe from Bukom, the cradle of boxing in Ghana.

Born on September 26, 1994 in  Accra, the  1.67 m and 56 kg weighing boxer says the sky is his limit and he is going to the top of world boxing.
Ghana has in recent times lost many boxers due to inactivity and Paul Dogbe says they have come to revive the sport.