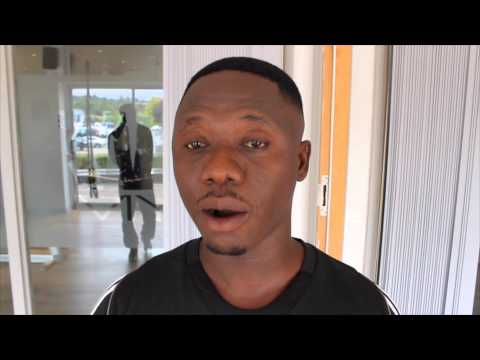 Carl Lokko, trainer of undefeated lightweight and world title hopeful Richard Commey, says he welcomes the appointment of the Honorable Nii Lante Vanderpuije as Sports Minister-designate.
The Odododiodioo Constituency Parliament member was named as Dr. Mustapha Ahmed’s successor last week by President John Dramani Mahama, who has the executive power to effect changes in his government.
The appointment of the lawmaker received plaudits from the boxing fraternity due to his background as a one-time sports journalist and boxer during his Senior High School days. Lokko expressed optimism regarding the appointment of Vanderpuije as Sports Minister-designate.
“I’m happy for the appointment of Nii Lante Vanderpuije,” he told Bukomboxingnews.com. “He is a sports person and know the ins and outs of boxing. He is a boxing fan so he should do all his best to help the sport as in amateur and professional. I’m optimistic he will succeed because of his background and I hope boxing will be his number one target.”
The highly-respected trainer urged the incoming Minster to help build boxing facilities.
“One thing that we lack in the country is facilities in training the amateur and professional boxers. Building of gyms is the sole duty of the state because in Ghana we don’t have standard gyms, most of the boxers normally trained on a bare floor. The sport is evolving now and we need facilities to train the boxers so that when they travel outside they can defend the nation’s flag.
“If he has the means to formulate policies that can help in nurturing boxing talents, it will be great because in the history of the country’s sport, boxing has won the nation more laurels than any other discipline.”
The Sports Minister-designate last Monday was vetted and his appointment is expected to be confirmed in the coming days.