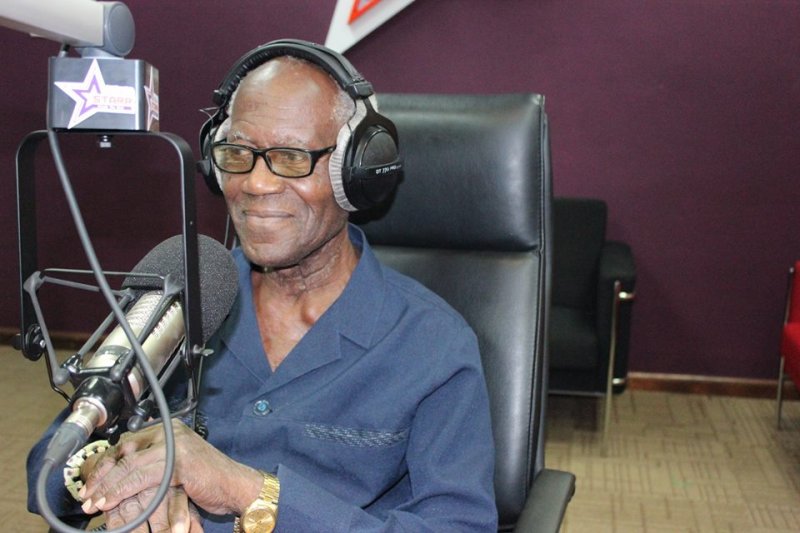 Retired Sports Commentator of the Ghana Broadcasting Co-operation, Joe Lartey Snr has cautioned newly appointed Sports Minister, Hon. Nii Lante Vanderpuye to be wary of his role as substantive Minister insisting he is talking too much.
The newly appointed Sports Minister after going through the Ministerial vetting took to the media to outline his plan for the Ministry and how he aims at fighting the supposed ‘rot’ in the industry.

The chants by the Minister have invited various comments in the media with some advising the former GBC Commentator to tone down on his outburst.
Senior colleague to Hon. Nii Lante Vanderpuye, Rtd Joe Lartey Snr is the latest to call on the outspoken Minister to watch his words.
“I think Nii Lante is a very courageous person. In addition to his courage, he’s had the benefit of University education. So I expect him to perform better,” Joe Lartey Snr told Starr FM in Accra.
“But what I will say now is that he has to be careful not to be talking a lot at the beginning. Sometimes when you seem to know too much about what you are doing, you fumble. He should tone down,” he added.
The former Sports Commentator is the third Minister to be appointed to the Sports Ministry in less than three years after succeeding Dr. Mustapha Ahmed.