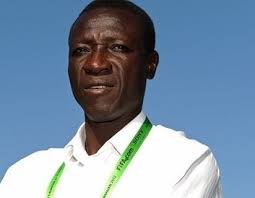 Former Asante Kotoko coach Mas-Ud Didi Dramani has been appointed as an interim coach for Ghana’s U20 team (Back Satellites).

Didi Dramani was appointed to fill in the void left by head coach of the side Sellas Tetteh who is out of town.

He is however expected to take charge of the side upon his return from Zanziba where he is holding a coaching course.

The former Black Maidens trainer will take charge of the side on  an interim bases until the return of Sellas Tetteh who is reported to be in Sierra Leonean sorting out the possibility of extending his stay as a stop-gap coach for the Leon stars.

All 30 players invited to pitch camp in prapram ahead of their 2017 African Youth Championships qualifiers have been released to rejoin their respective Clubs ahead of this weekend’s Premier League matches.

Ghana drew bye in the African Youth Champions qualifiers and awaits the winner between Ethiopia and Somalia in the second round of qualifiers.