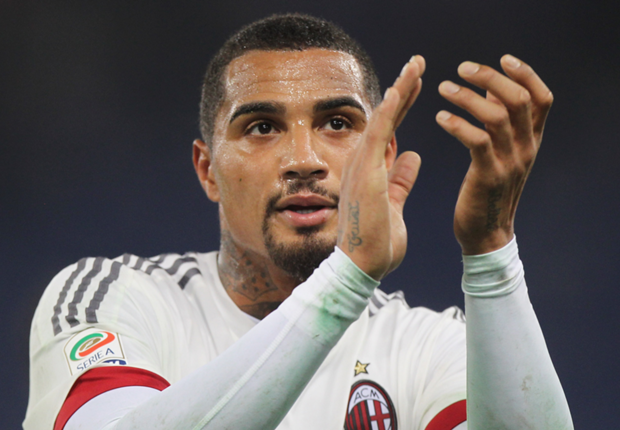 Ghana midfielder Kevin-Prince Boateng has made an interesting revelation about his tackle on Michael Ballack, which ruled out the then Germany captain from the 2010 Fifa World Cup.

A month prior to the global showpiece in South Africa, the duo clashed in an English FA Cup final between Chelsea and Portsmouth during which a challenge by the Ghanaian ended the German’s dream of playing in a third  successive World Cup.

Boateng had just completed a nationality switch to represent the Black Stars at the competition where both Ghana and Germany were coincidentally pitted in the same group.

“During the match, Ballack gave me a slap,” Boateng was quoted as saying by SportBild .

“The referee, Chris Foy, didn’t see it. In the days that followed, many people said that my challenge was premeditated with a view of making sure he missed the World Cup. They are just stupid and [from] those who have never played football.

“In almost every game, there’re clashes of that nature. You’re not thinking about the World Cup in those situations. He left the pitch, I received a yellow card. For me, the story was over there.”

Born in Germany and having previously represented the country at youth level, Boateng became public enemy No.1 in the European nation, but reveals the hatred wasn’t held by all.

“The ironic thing about this whole story is that, some of the German national team players thanked me,” Boateng said.

“Within the team, he wasn’t well liked. No one was happy that he missed the World Cup. I was one of them. But some thought that without him, they would play better.”

Germany beat Ghana 1-0 in the group fixture but the score was kind enough to send both sides through to the round of 16.