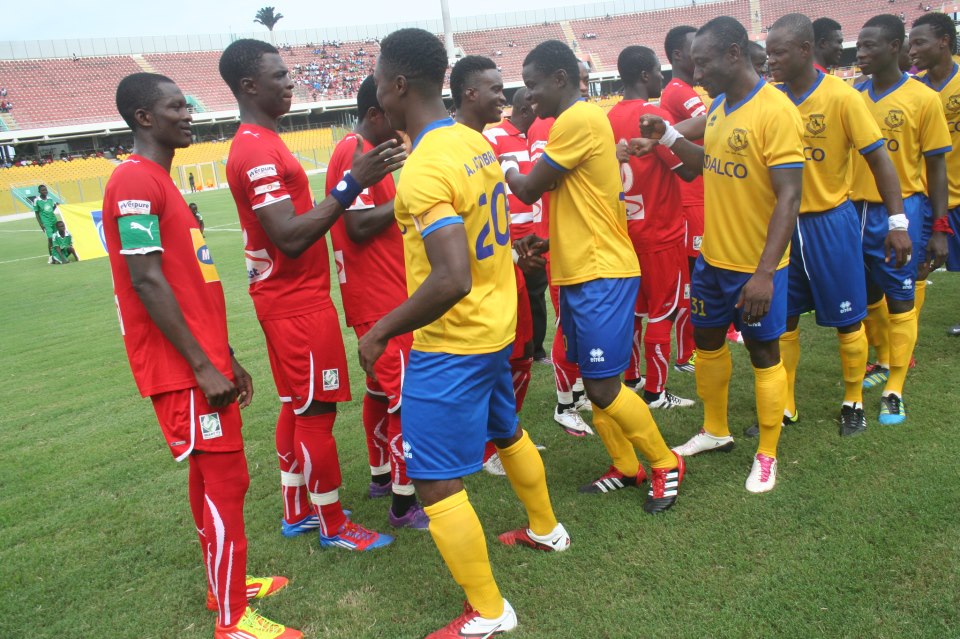 The 2015-16 season Ghana Premier league will commence with its 55th edition this weekend. The season begins with only 10 teams winning the most sought after trophy. Will there be an 11th winner to this competiton.
Joy Sports Kweku looks at intriguing facts about all the 16 competing clubs

1.  Hearts of Oak will be competing in their 55th edition of the Ghana Premier League. The Phobians have played in every edition having won 19 titles in the previous 54 editions. The Phobians last won the league in 2009 under the tutelage of Nii Noi Thompson who took over from Serbian Kosta Papic. Hearts won on the last day of the league with a 2-0 win over Sporting Mirren.

2.  Kumasi Asante Kotoko is the club with the most league titles having won 23 titles. Their last league triumph was two season ago under Didi Dramani. The Porcupine Warriors are one short of the all-time appearance having missed out on one season. Kotoko are yet to be relegated from the Ghanaian top flight.

3.  Aduana Stars is the last team to win the league immediately after gaining promotion to the top flight. The Aduana class of 2010 won the league on the basis of a strong defence setting a world record for least productive champions with 19 goals in 30 matches. This represented an average of 0.6333 goals per match, they broke the all-time record set by Turkish side Trabzonspor.

4.  Liberty Professionals are in the 20th year of existence and will be hoping to repay the late Alhaji Sly Tetteh with a title triumph.

5.  Wa All Stars is the only team from the three northern regions. The Wa side will be competing in their 9th successive season in the top flight.

6. Dreams FC will competing in the Premier league for the very first time since their inception in 2009. The Kweiman side topped Zone 3 of the Division One League and will be playing their home matches at the Dawu Park.

7.  Ebusua Dwarfs return to the Premier League exactly one season after being relegated.  The Cape Coast side won the league in the 1965-66 season.

8.  Techiman City will be making their debut in the Ghana Premier League. The Techiman side will be playing at the Nana Ameyaw Park.

9.  Bechem United will be competing in the 4th Premier League campaign. This will be their third successive appearance since the  2012/2013 season.

10.  WAFA made their debut in the league in 2004 and have gone on to make three other appearances. Three of these appearances were with the name Gomoa Fetteh Feyenoord. The club will making their fifth appearance in the league this campaign.

11.  New Edubiase will be playing in their 7th consecutive season in the top flight. The Bekwai side who have adopted Obuasi as their home grounds have never been relegated since their promotion to the top flight.

12.  Inter Allies were formed in October 1996 but it took them 17 years to make it to the Premier League. They will be entering their third season in the league since joining in the 2013/2014 season.

14.  Medeama was formerly called Kessben with their home base in Kumasi. Since the change in 2010, the team has moved camp to Tarkwa. Kessben and Medeama have combined to spend eight seasons in a row in the league without relegation. They will now be entering into the ninth season.

15. Hasaacas  were formed in 1931 but are yet to win the Ghana Premier League. The Sekondi side have been in and out of the Premier league. They were last relegated in 2010 before gaining promotion in 2013.

16.    Ashantigold will be playing their 29th season in the Ghana Premier Leagues since the inception in 1978. The Miners have won four Premier league titles. After winning back to back back league titles from 1993-1996, the Miners had to wait 19 years for another league crown.