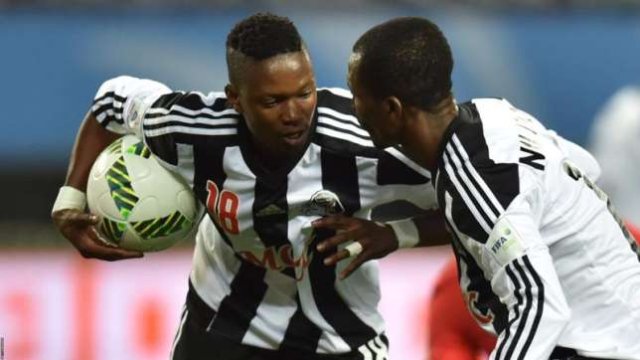 On the day it was a brilliant display by the home side as they dominated their opponents from the opening minutes but they fluffed the chances they created. However, in the 22 minute Ghana’s Daniel Nii Adjei broke the deadlock in front of a boisterous crowd.

Mazembe never allowed Etoile Du Sahel to settle in the game and on the stroke of half-time Nii Adjei doubled his side’s lead, but the away side before the break reduced the deficit through Iheb Msakni.

From the recess, Etoile Du Sahel threw a lot of bodies up front in search of the equalizer but Mazembe looked resolute at the back as they foiled the away side’s attack.

Chances were far and few as the 2015 CAF champions league winners held on to win their third CAF Super Cup.