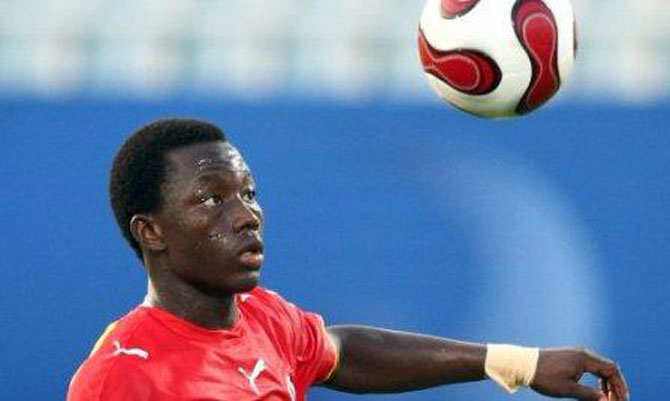 Berekum Chelsea striker Sadick Adams has become the superman in the Ghana premier league after performing yet another life saving act.

The former Ghana youth player helped save the life of teammate Asiwome Fumador during Chelsea’s 1-0 defeat to Techiman City in Techiman on Sunday after Fumador went to ground motionless on the pitch.

Adams who performed a similar act to resuscitate a BA United player a month ago quickly rushed to Fumado to provide mouth-to-mouth resuscitation before he was taken away to the hospital.

“What I did the first time when it happened was the same method i applied on my friend who collapsed during the game,’ Saddick told Joy Sports

“He was gone because he lied motionless on the pitch and could not open his mouth, so we took a key from one of the physiotherapist and opened it before i could blow air into his mouth.

“It was very hard because blood was coming out of his mouth but that didn’t deter me from doing what i had to do to save my brother, i am happy to know that he is ok.

Asiwome Fumado was discharged from the Techiman hospital on Monday is expected to join his team to prepare ahead of the match day 2 fixture with West African Football Academy.