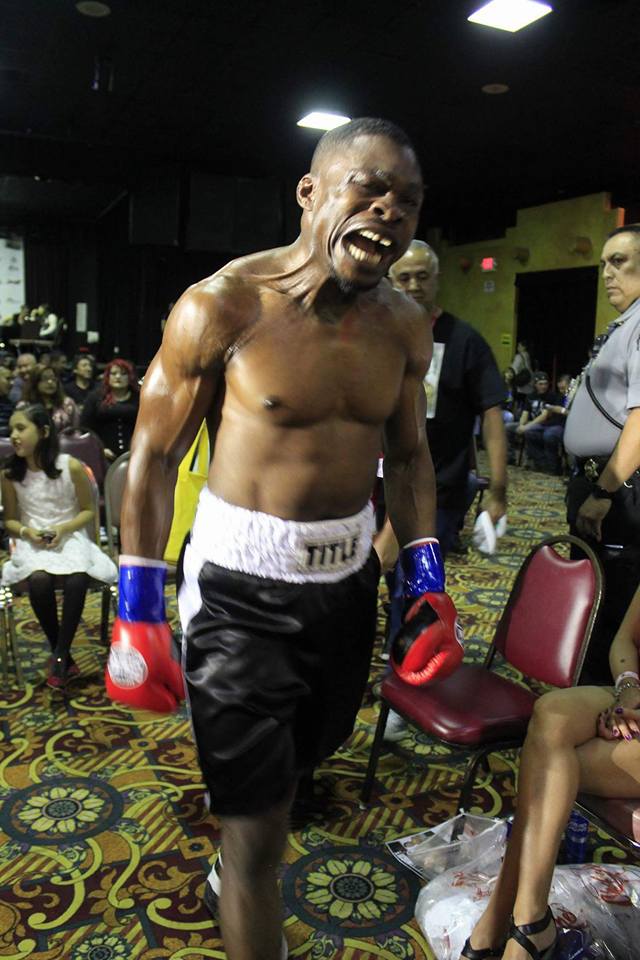 Michael ‘Amazing’ Gbenga is back calling out Braimah ‘Bukom Banku’ Kamoko  after securing his first victory in nine fights with an upset six round decision win over Brazil’s Marcus Vinicius de Oliveira (24-3-1, 22 KOs) at the Camel Rock Casino in Camel Rock, New Mexico on Saturday night.

The Nigerian-born, former Ghana-based boxer used his jab to control the action early on in this 185lb. catchweight contest. It looked as if Gbenga would have an easy night as Oliveira’s nose was bloody midway through the second, courtesy of Gbenga’s hard right hand. But the resilient Brazilian unloaded with a series of body shots that floored the African.

Gbenga dusted himself off the canvas and returned the favor one round later, dropping Oliveria with a scorching overhand right. Oliviera would beat the count but never seriously threatened again, spending the remainder of the bout backing up and eating shots that would cause both eyes to swell.

In the end, the former Ghana light heavyweight champion was awarded the decision by scores of 59-54, 58-56 with one judge calling it even at 57-57.

Gbenga earns his first victory since stopping Felipe Polo in Colombia in September 2014 but it didn’t come easy as he had to dig deep to counter the heavier Oliveira.

The result left the crowd and betting favorite Oliveira—who was previously promoted by Don King—weeping as he apologized to his fans on Facebook after suffering just the third defeat of his career.

For the 36-year-old Gbenga, however, the well-deserved upset win has emboldened him to continue his hunt for a showdown against local Ghanaian rival Braimah ‘Bukom Banku’ Kamoko.

“The guy I fought came in with 24 wins, 2 losses, 1 draw and 22 KOs. He is a real fighter, not the jokes Banku is fighting and showing off. Believe me he is a nothing,” Gbenga told Bukomboxingnews.com exclusively after the fight.

“Let Banku know he should fight a fighter of his (Oliveira’s) caliber and leave Lee Manuel alone to enjoy his retirement,” Gbenga taunted Kamoko.