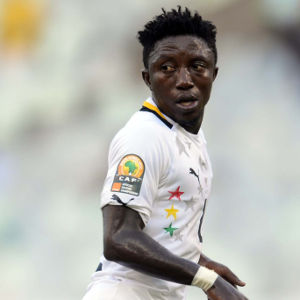 Aduana Stars have stripped the captain’s armband from Godfred Saka.
Saka, 29, is the longest-serving member of the current squad.
But widespread media reports have claimed the club has stripped the former Red Bull Academy (Sogakope) trainee of the armband for gross misconduct.
He is reported to have instigated the side’s 2-0 defeat at Aduana Stars in their Premier League opener last week.
According to reports, the Local Black Stars right-back was unhappy with the decision to use Joseph Addo in post at the expense of long-standing Stephen Adams.
Saka is believed to be a negative influence on the team’s senior players, leading to the decision to strip him of the leadership role.