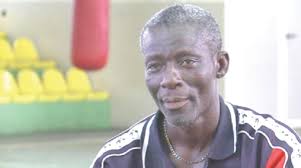 The Amateur Boxing Federation is confident of qualifying a considerable number of boxers to the Olympics later this year after a string of outstanding stunning performances at a try-out championship in Benin over the weekend.

All six boxers who featured at the championship won their bouts convincingly against African power houses including Nigeria, Togo, and hosts Benin.

According to the President of the Amateur Federation, Gideon Quartey, despite it being a preparatory tournament ahead of their main qualifiers, the boxing federation is convinced the team will put up a good show in Cameroun  later this month to qualify for the multisport event in Rio.

“The three nation tournament went on well for the boxers, four of our boxers who went for the tournament won and two lost.”

The Association have been hampered with a luck of funds but the President insists that they are doing their best for the promising boxers.

“We have told our boxers to do their best and qualify whilst we deal with the others.”