“Medeama Match Is A ‘Do Or Die’ Affair”-Opoku Nti 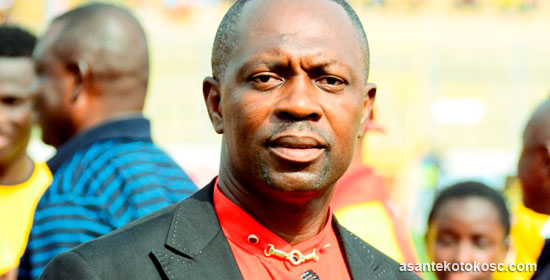 Chief executive officer of Asante Kotoko, Samuel Opoku Nti has labelled his side’s league match against SC Medeama as a ‘do or die’ affair adding that they need to win it at all costs.

Kotoko lost its first league match of the 2015/16 Ghana Premier League when they played as guests to WAFA at the Sogakope park, an action that has put a little pressure on both the playing and the technical team, looking at the brilliant preseason they had.

Kotoko will play their second game in the league on Sunday against Medeama and have an outstanding game against Ashantigold on Wednesday, but this according to Opoku Nti should not be toyed with as the supporters will not forgive them.

“The Medeama match is going to very tough, I know. But we have to win it at all costs because we cant afford a second straight defeat and not in front of our teeming fans”.

“I consider the Medeama match a do or die affair because the players know what is at stake as anything apart from total victory will not be good for the team”, Opoku Nti mentioned.

He called on all fans of the Club to fill the stands on Sunday to cheer the team on to victory adding that he was hopeful they will claw their first three points in the league.