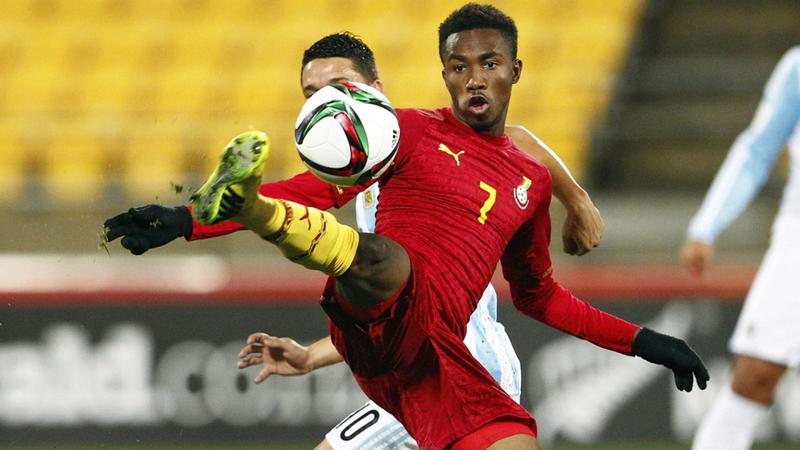 GPL Rounp Up: Tetteh bags first trebble of the season

West African Football Academy (WAFA) SC headlined match day three on the domestic scene after their 5-0 mauling of Sekondi Hasaacas at their favourite Sogakope Park.
The Academy boys were joined by Techiman City and Bechem United as the only three clubs to have recorded wins on matchday three as the league takes its true shape. Sport crusader rounds up match day three across the country in the piece below.
Reigning GPL champions Ashgold failed to vest their CAF woes on Berekum Chelsea in the week’s first match on Saturday in a lackluster 0-0 stalemate at Obuasi. Bashiru Hayford men panned out an uninspiring 0-0 game on their return to the country after their elimination from the CAF Champions league in Algeria.
At the Tema Park, Dreams FC continued to defy their inexperienced nature with another 4 goal thriller away to Aduana Stars. Enterprising forward Lawson Bekui pocketed a brace for the Dawu based side before goals from Evans Mensah and Prince Baffoe shared honours at the Tema Park. Inter Allies forward Ropapa Mensah missed a late spot-kick that could have won the game for Herbert Addo’s charges.
Hearts of Oak extended their unbeaten run to the season but could not pocket all three points at the Cape Coast stadium against an unlucky Ebusua Dwarfs. The mystery club remains one of two clubs yet to score in the league after 270 minutes of competitive action.
Wa All Stars could not capitalize on the presence of club owner and Ghana Football Association President Kwesi Nyantakyi at home to Liberty Professionals. The league leaders headed into the fixture confident of setting a new club record with their third straight win but met a resilient liberty side on their own backyard. Star duo of Ismail Ganiu and Atta Kofi Yeboah both left the pitch in clutches to add to the woes of the league leader.
Aminu Mohammed kept the points at home for Bechem Unitet at home to New Edubiase. The ‘YenKo Nkoaa Boys’ trailed by Mohammed’s solitary strike all day and failed to level the match despite their resilience across the 90 minutes.

Kumasi Asante Kotoko will be looking to pick their first three points of the season when they take on Ashgold in their midweek outstanding clash after another 2-2 thriller at home to Medeama SC. Bernet Ofori and Micheal Yeboah got the goals for David Duncan’s men before Bismark Oppong and Malik Akowuah leveled matters for the Mauves and Yellows.

Match of the week saw the Academy boys add Sekondi Hasmal Hasaacas to their casualty list with another 5-0 mauling at Sogakope. Black Stars winger Samuel Tetteh bagged the season’s first ever treble to add to goals from Charles Boateng and Gideoan Waja.

Full results for match day three are seen below: